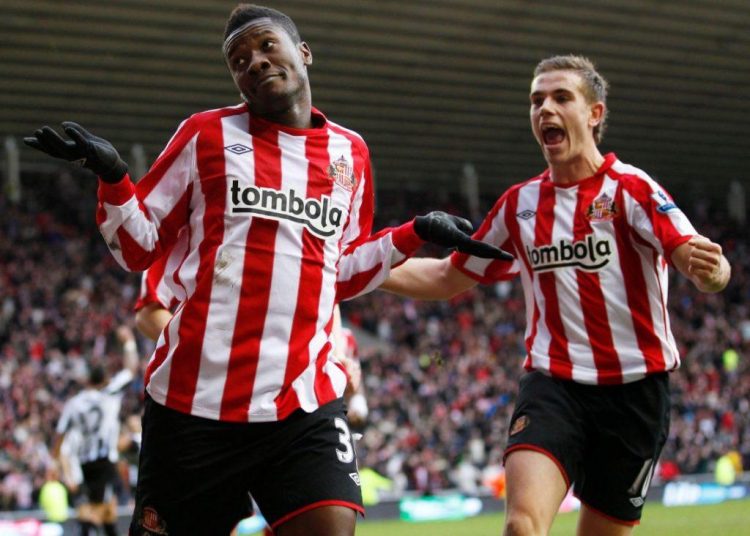 Black Stars general captain, Asamoah Gyan, has disclosed he predicted Liverpool captain, Jordan Henderson, will be great to his fellow countryman, Sulley Muntari, at Sunderland in 2011.

Henderson has been named PFA Players’ Player of the Year after leading Liverpool to their first Premier League title in 30 years.

According to Asamoah Gyan, he told Sulley Muntari during the trios time at Sunderland how the Liverpool skipper was destined for greatness.

“In 2011, I told Sulley [Muntari] to look at this chap (Henderson) he will be great in the future, you mark it somewhere”, Gyan said on Max TV.

Henderson is one player who never gives up, he is very committed and inspires his teammates even at that young age (21), he plays with passion and gives his all for the team in every game, I’m not surprised seeing what he’s doing at Liverpool”, he concluded.

The 34-year-old played with Muntari and Henderson at Sunderland in 2011 after the 2010 World Cup.

He scored 11 goals in 36 matches played at Sunderland between 2010 and 2012. The former Rennes striker then joined Al Ain in 2012 to the displeasure of Sunderland fans.