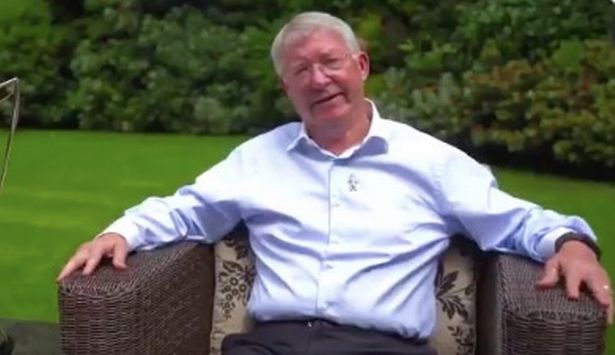 And he revealed that the German woke him up at 3am while celebrating the Reds’ title triumph.

Klopp was selected ahead of last year’s winner Chris Wilder at Sheffield United and Gareth Ainsworth of Wycombe, who came third.

The Reds chief still cherishes a breakfast meeting between the pair during the early years of his managerial career.

Sir Alex Ferguson announcing Chris Wilder as the LMA manager of the year runner up! 🤣 pic.twitter.com/zDkyxnhT2r

“Jurgen, fantastic. I have spoken about Leeds United, 16 years in the Championship, Liverpool, 30 years since winning that league: incredible.

“Your personality ran right through the whole club. I think it was a marvellous, marvellous performance.

“I’ll forgive you for waking me up at half past three in the morning to tell me you’d won the league. Thank you.

After receiving his award Klopp said: “I am absolutely delighted to get this title.

“There are a lot of Liverpool names on this trophy – Bill Shankly, Bob Paisley, Joe Fagan and Kenny looks like he is all over the trophy. Brendan Rodgers, too.

“But the main name is Sir Alex Ferguson. I know it is not 100 per cent appropriate as Liverpool manager, but I admire him.

“He was the first British manager I met and we had breakfast together – I am not sure if he remembers but for me it was like meeting the Pope.

“I never thought then I would be holding the Sir Alex Ferguson trophy in my hands.”

GFA to find alternative camping bases for Maidens and Princesses