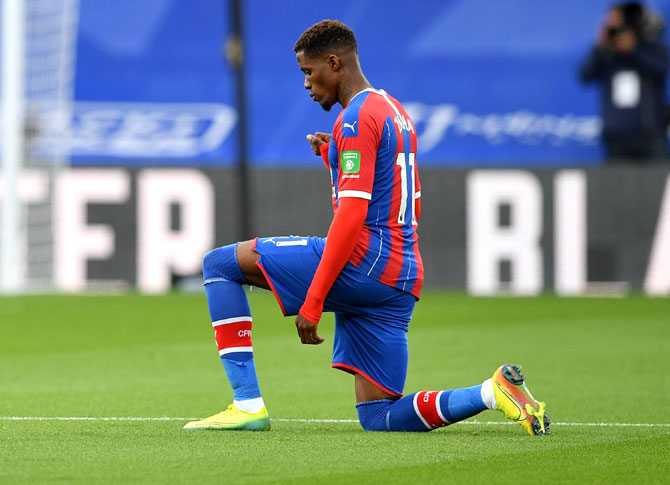 Crystal Palace forward Wilfried Zaha admits he is “scared” to check his social media accounts because of racial abuse.

Zaha was subject to racist messages earlier this month and a 12-year-old boy was arrested before being released under investigation.

The Ivory Coast international says he reported 50 accounts to police.

“Every time I’m scared to even look up my direct messages because it could be filled with anything,” he told CNN.

“For black footballers for instance, being on Instagram is not even fun for us any more.

“You’re not enjoying your profile. I don’t even have Twitter on my phone any more because it’s almost certain that you’re going to get some sort of abuse.”

West Midlands Police said it was continuing its enquiries into the incident, but Zaha says social media companies also need to do more.

“I got racially abused after the stuff that I got before and it’s like, what happens after that account gets blocked? Then they just make a new one straight after.

The Professional Footballers’ Association held talks with social media companies after Zaha, along with Sheffield United’s David McGoldrick, were subject to racist abuse.