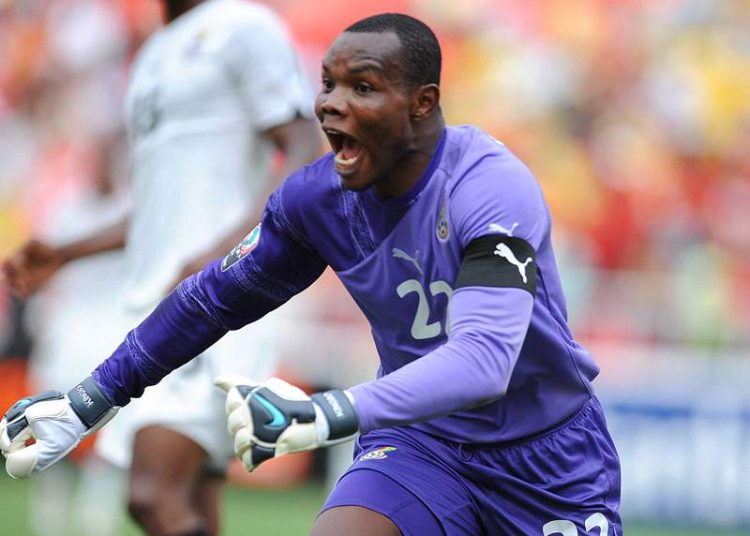 Former Ghana goalkeeper Richard Kingson has explained how lost his position to Sammy Adjei in the Black Stars team.

Kingson was the number one goalkeeper for the National team before losing his position to his teammate after just one game.

The 42-year-old eventually grabbed his place in the team after the 2006 Cup of Nations in Egypt keeping in the post in all four matches at the World Cup.

“I played the rst game against Burkina Faso in Burkina and we lost 1-0. The following week we were to play South Africa in Kumasi. So we came down to Ghana and started training.

”Immediately I had to go back to Turkey. So I took my passport and this is where people think I had naturalized for Turkey,” he was speaking on MAX TV.

“I needed to take a visa so I gave my passport for a visa and my passport was with the Turkish consulate in Accra.

“We were thinking I would get the visa before the game but consulate also traveled so I didn’t have my passport for inspection a day before the game which meant I was out of the game.

“So I have to go back and I was furious and sad and left the camp with a Taxi all the way to Accra. So I watched game on TV and since then I was not called again so Sammy Adjei took over from there.”

The former Birmingham City, Wigan Athletic and Blackpool goalkeeper enjoyed 90 caps for the Black Stars and scored one goal in an international.