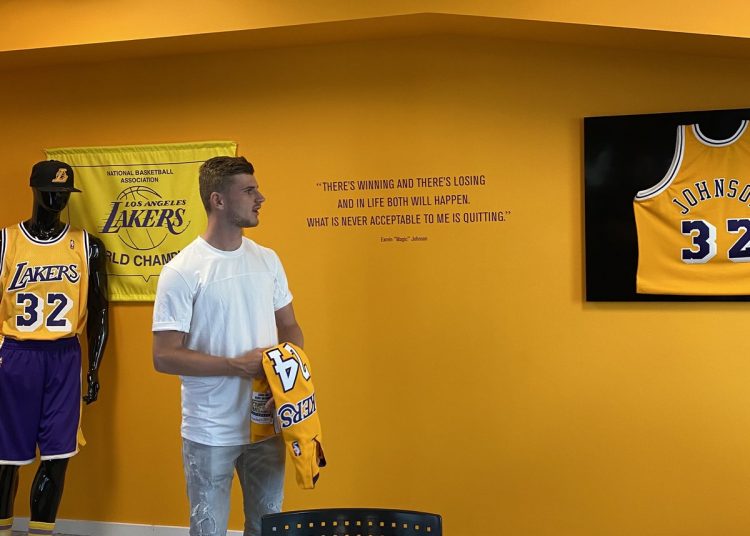 Chelsea’s new signing Timo Werner has declared his support for the Los Angeles Lakers and is backing them to do well with the resumption of the season.

The German international who has signed a five year contract with the Blues also has an affinity for basketball which is very popular in his native Germany.

Werner has made no secret of his love for the NBA as he travelled last winter to the USA while on vacation to watch an NBA game between the Brooklyn Nets and the New York Knicks.

In a post on his social media the 24 year old flaunts the purple and gold colours of the Lakers.