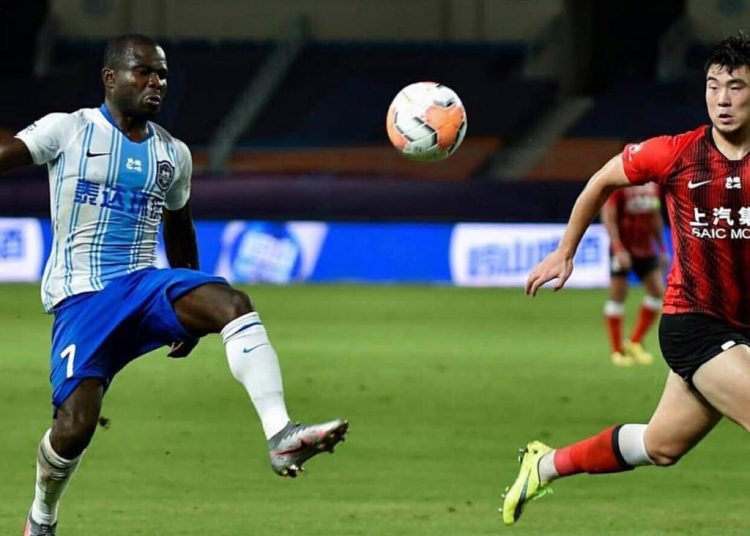 Ghanaian winger Frank Acheampong sat out Tianjin Teda’s visit to the Suzhou Sports Centre in a 2-2 draw against Chongqing Lifan on Sunday due to injury.

Acheampong did not play at full fitness in the opening game of the season yet set up his teams lead in a 3-2 defeat to Shanghai SIPG. An aggravation of the ankle injury meant that he could not play full throttle as he was substituted in the 83rd minute.

Coach Uli Stielike took the toughest decision of resting his talisman in anticipation of a full recovery ahead of Thursday’s game against Beijing Gouan. 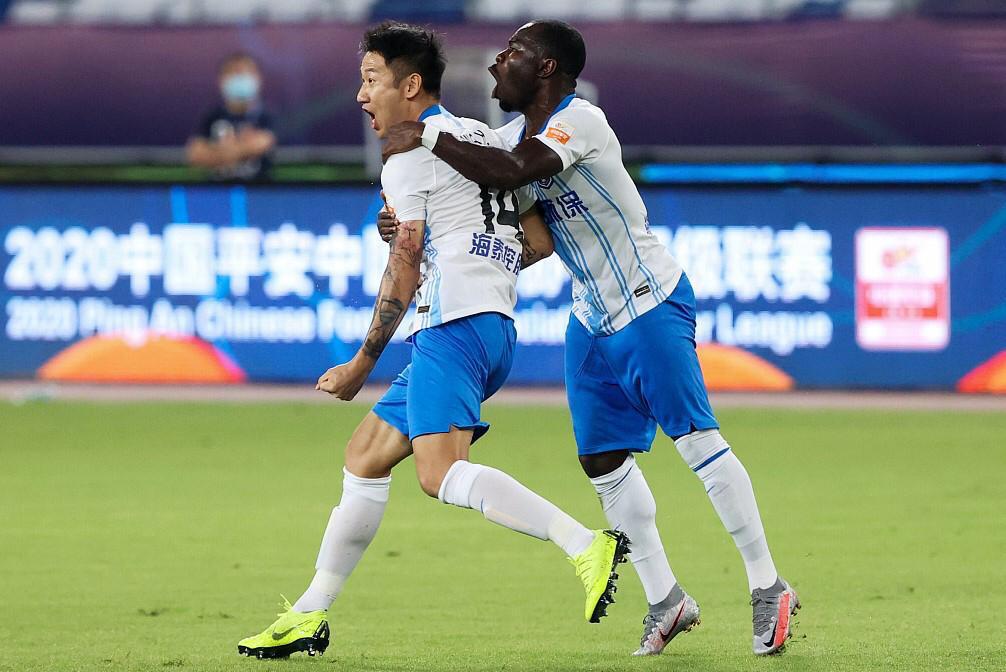 Speaking to the 2017 AFCON silver medalist, he admits that it was tough accepting the decision to be left out of the squad, but it was important to make that sacrifice as a precautionary measure.

‘‘It’s tough I couldn’t be available to help my teammates in a tough game against Chongqing Lifang especially after we lost the first game’ He said.

“We need to start collecting points to be competitive this season and we are not giving up despite several odds against us even before the start of the season.

“We want to finish the season in the strongest way possible and it starts with us getting to and staying in winning ways.”

Frank Acheampong has been directly involved in 44 direct goals for Tianjin Teda since joining the club two and a half seasons ago. He has scored 30 goals and assisted 14 times.

The 26 year old is hoping to improve his record 18 goals involvement last season when he scored 9 and assisted 9.