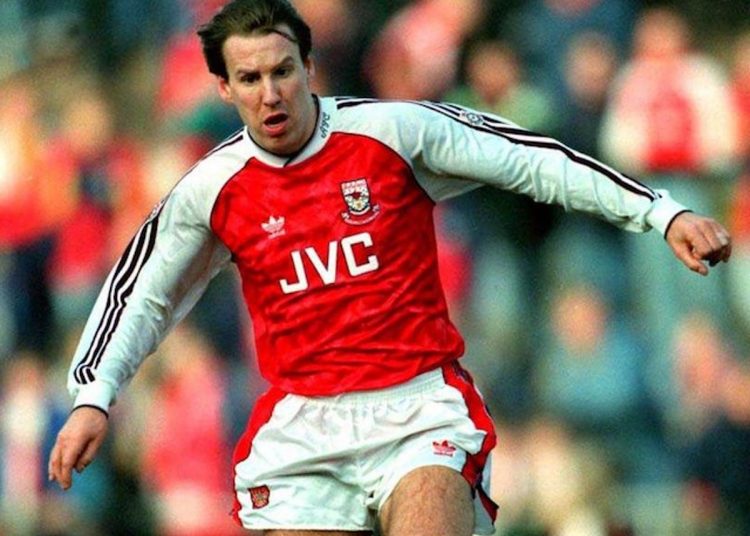 Merson featured prominently under the former Portsmouth manager, playing the best kind of football in the latter stages of his career.

The 52-year-old pundit spent 12 years at Arsenal before being sold to relegated Middleborough in Arsene Wenger’s first season as manager of the North London club.

He joined Pompey in 2002 and helped the Fratton Park club gain promotion to the Premier League after racking up 98 points under Redknapp in 2002-03 and was named in the First Division’s Team of the Year.

“One hundred per cent, best man-manager I’ve ever worked under, by a million miles,” Merson told Sky Sports of Redknapp.

“The thing with Harry, people think, ‘Oh, he’s a wheeler-dealer’… his knowledge of football is second to none.

“I honestly think he’s tactically better than Arsene Wenger, in my opinion. I worked under both.

“Tactically, if I know a manager who wants to set up, make sure we don’t lose a game and stop the other team playing… for me, Harry is the man.

“He’s with George Graham, that sort of [level]. Arsene Wenger, he had some unbelievable players.

“I want the game to expand, to go end-to-end because if it does, there’s only one winner. That’s Arsenal because of the players I just reeled off.

“But when you’ve got a manager who hasn’t got that quality of player and you’ve got to set up, that’s why I think Harry is a phenomenal manager.

“He put a team together, he pulled players into certain positions and it clicked. I played in a phenomenal football team.”

Portsmouth’s promotion campaign was the only league title Redknapp won in his career, though he also lifted cups with Pompey, West Ham and Bournemouth, and was named Premier League Manager of the Season in 2009-10.

Portsmouth’s promotion campaign was the only league title Redknapp won in his career, though he also lifted cups with Pompey, West Ham and Bournemouth, and was named Premier League Manager of the Season in 2009-10.

GFA to invest $280,000 in construction of boreholes