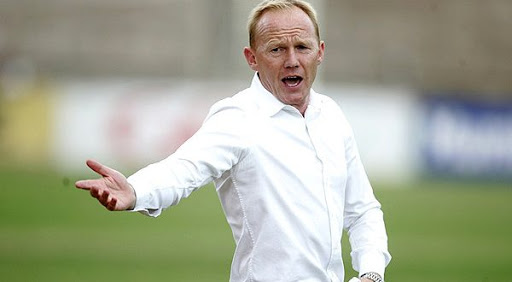 The Appeals Committee of the Ghana Football Association has dismissed the appeal filed by former Hearts of Oak Head Coach, Frank Nuttall against the club.

Nuttall was fired by Hearts back in February 2018, for breach of contract.

The Scotsman, although admitting to facilitating the transfer of players from Hearts while under contract with the club, appealed against his sacking, on grounds that the club did not give the required notice before terminating his deal.

However, in their response, the Appeals Committee disclosed that there was enough evidence to show that Hearts of Oak confronted Nuttall about his conduct, and the Scot further issued an official apology to the club.

The Appeals Committee further explained that Hearts of Oak could use other alternatives in dealing with the matter provided the essence of the said clause was met, which per their estimation was done, hence their dismissal of the appeal.

Frank Nuttall is also to pay Hearts an amount ₵2,000

Read the full statement from the GFA Appeals Committee below: 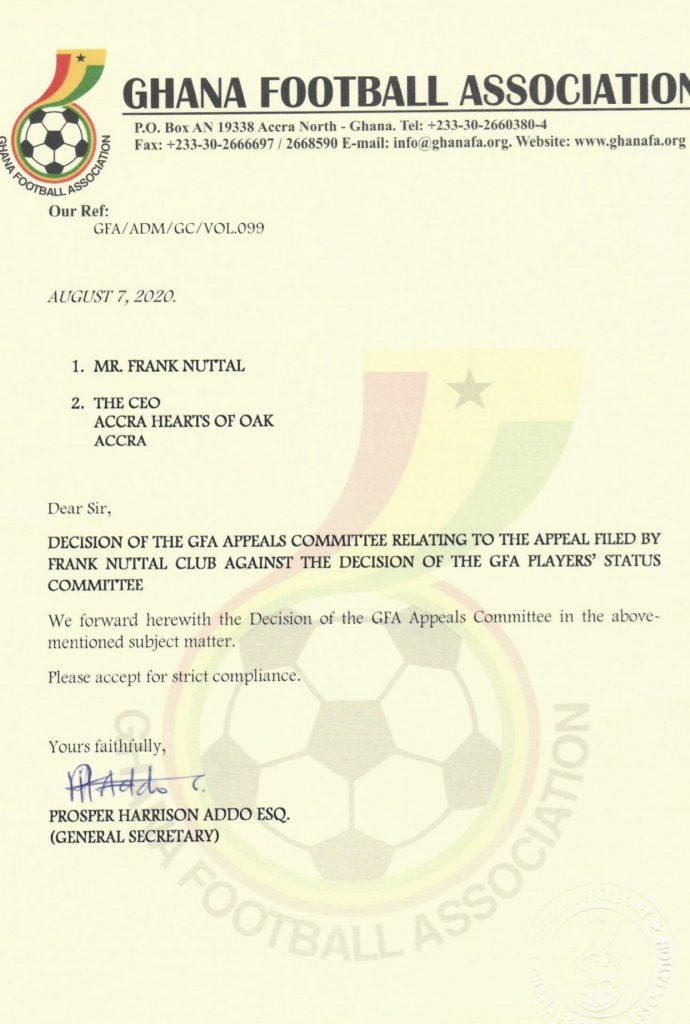 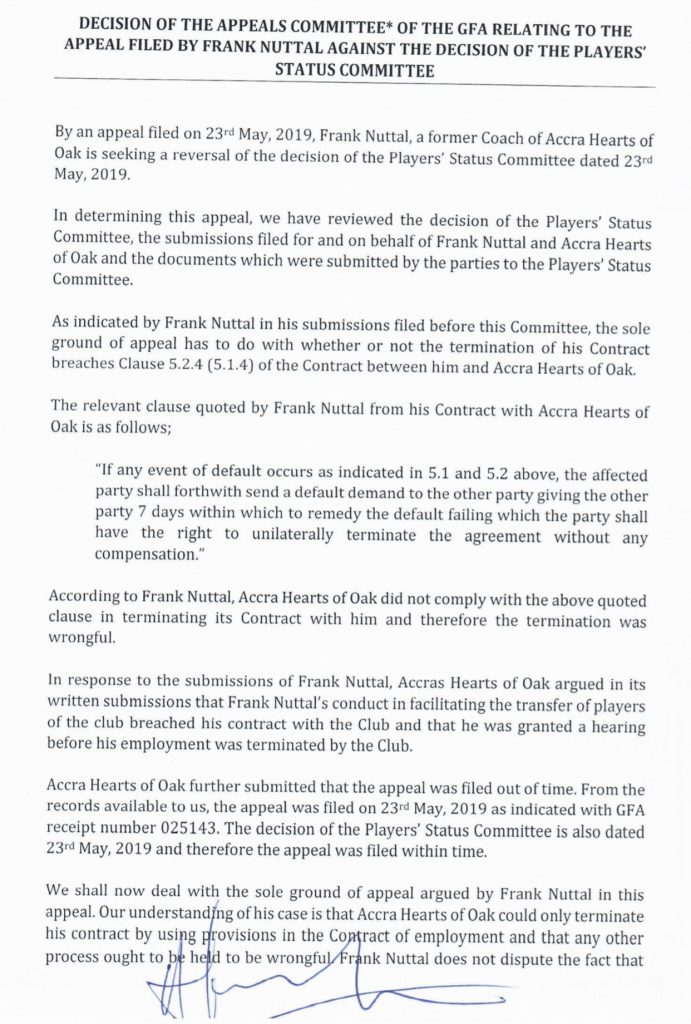 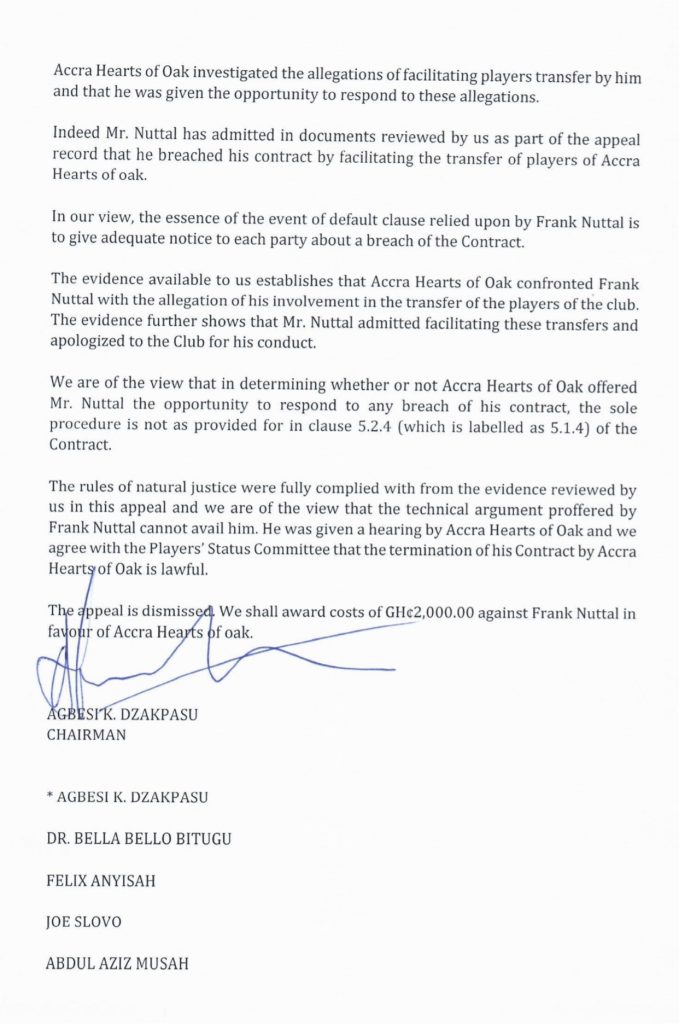