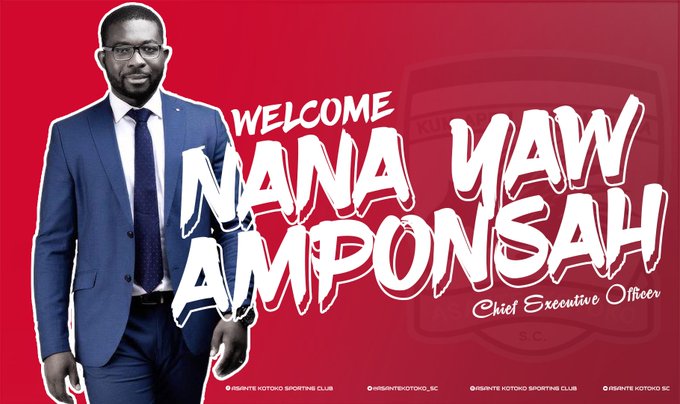 Amponsah was unveiled at a ceremony at the Sports Hotel in Kumasi earlier today.

Kotoko have been without a CEO for the past three months after the new Board of Directors dissolved the George Amoako-led administration.

The 2019 GFA presidential aspirant has been tasked with overseeing one of Ghana’s biggest clubs for the next three years.

Amponsah, who was the Chairman of Division One club, Phar Rangers FC, resigned from his position ahead of his appointment as the new CEO of Kotoko. 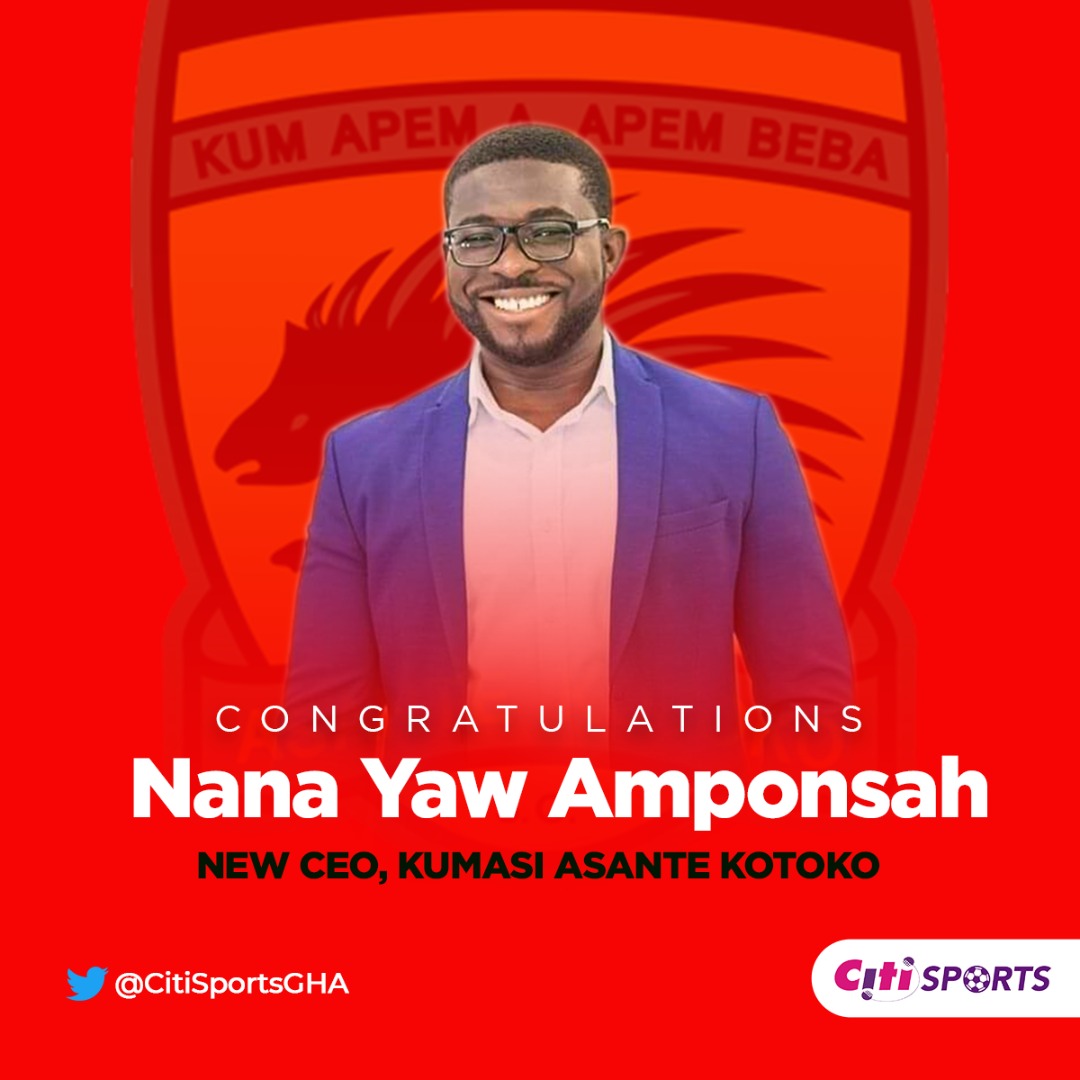 He holds a Bachelor of Arts Degree in Psychology and Political Science from the University of Ghana and a Master’s Degree in Sports Law and Practices from the Leicester DE Monort University, UK.

Kotoko announced the appointment on their official twitter handle on Friday.

All hail our new CEO 👔