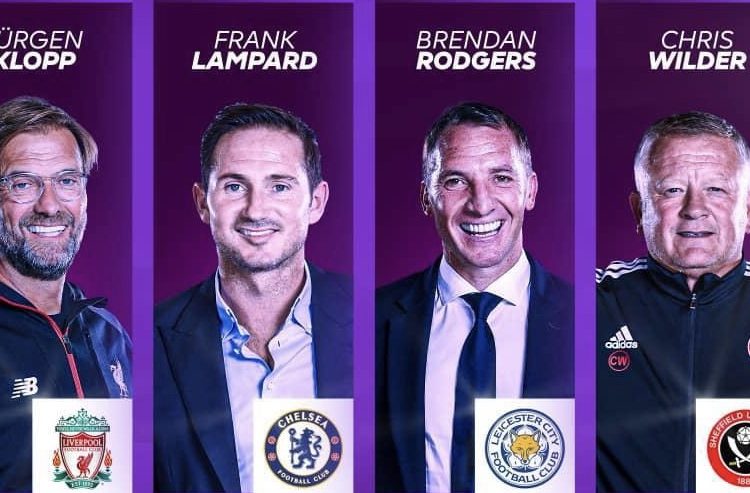 Lampard did so while having to content with the club’s transfer embargo during his first transfer window as head coach, as well as the departure of Eden Hazard to Real Madrid.

Liverpool are also represented on the Manager of the Season shortlist thanks to Jurgen Klopp.

The German has helped his side to win 196 points over the last two seasons and they have not lost a league game at Anfield since April 2017.

Sheffield United boss Chris Wilder makes the shortlist after the Blades finished ninth in their first season back in the Premier League.

Brendan Rodgers, who will take Leicester into Europe for the first time since the 2016-17 season, is the final nominee.