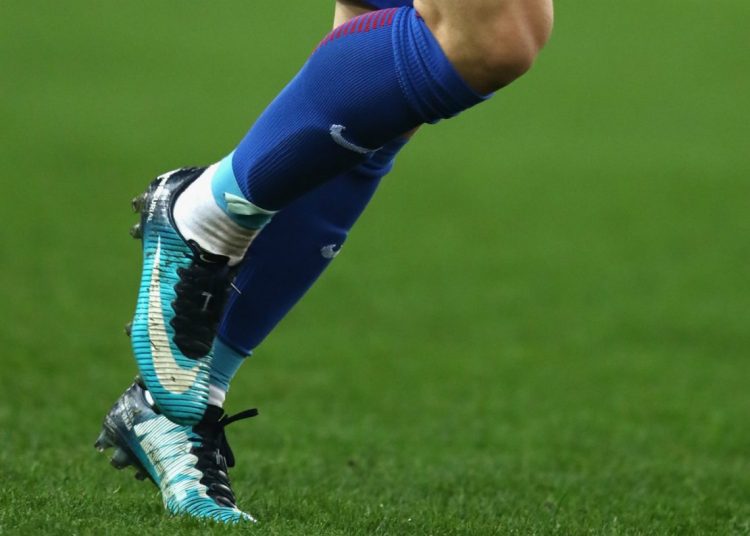 The Premier League has a number of speedsters who often tear up the pitch with their immense pace.

The just-ended campaign was no different, with some players displaying blistering speed in certain matches to get past their opponents.

A lot of names on the list were expected, although a few will definitely raise a few eyebrows.

Topping the list is Man City defender, Kyle Walker, already noted to be one of the quickest players in the Division. 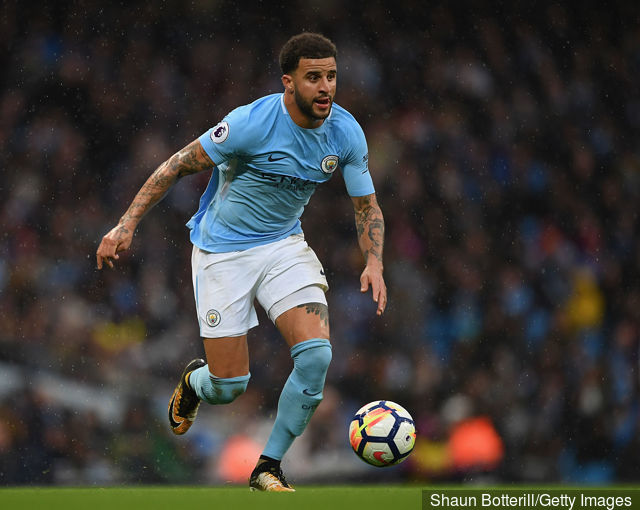 A sprint by Walker against Chelsea on June 25 was recorded at 23.49 miles per hour, although he ended up on the losing side that night.

Wolves speedster, Adama Traore came in second with a 23.48mph run, again against Chelsea on the final day of the season. 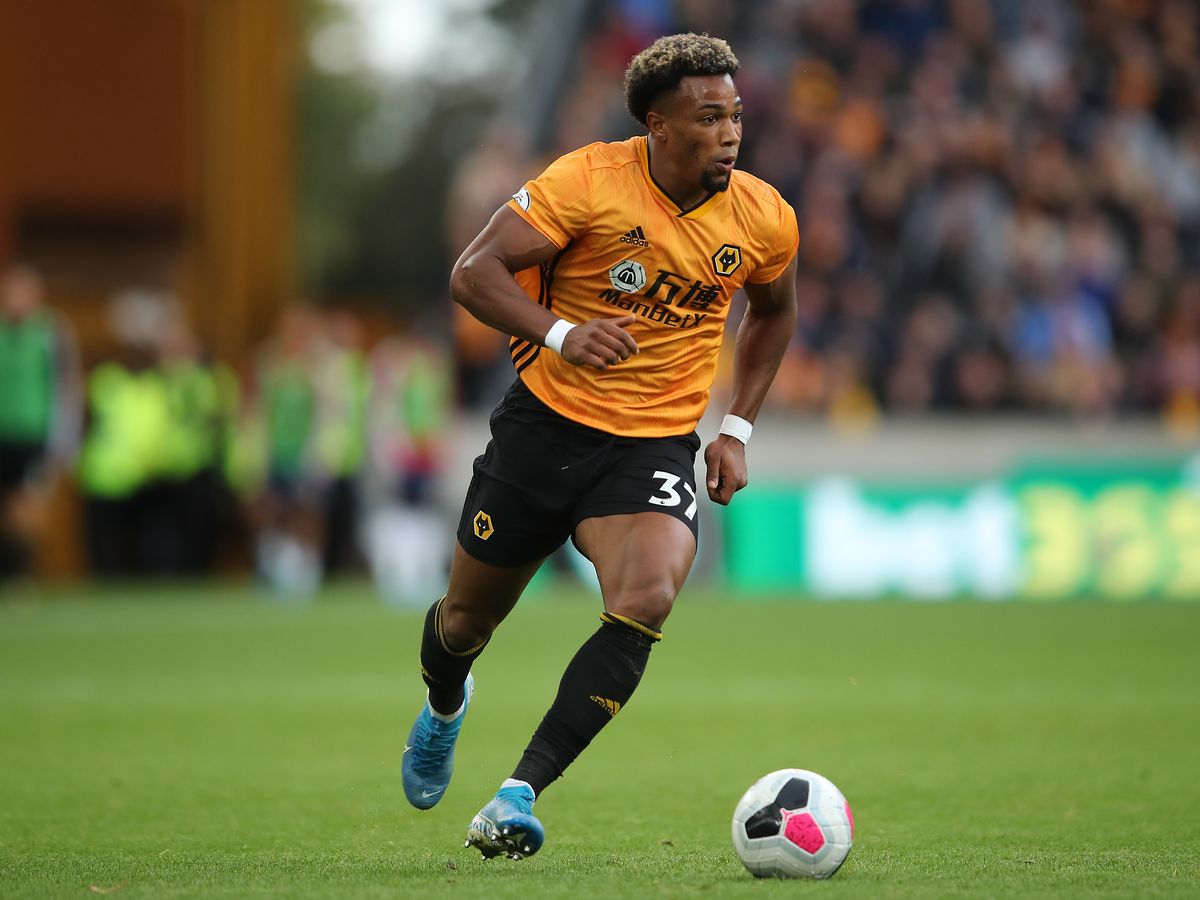 The top five is rounded out by Man Utd starlet, Mason Greenwood against Everton in March; Mohamed Trezeguet’s sprint for Aston Villa against Liverpool early in July and Man United right-back Aaron Wan-Bissaka versus West Ham last November, who were all recorded at 23.36mph. 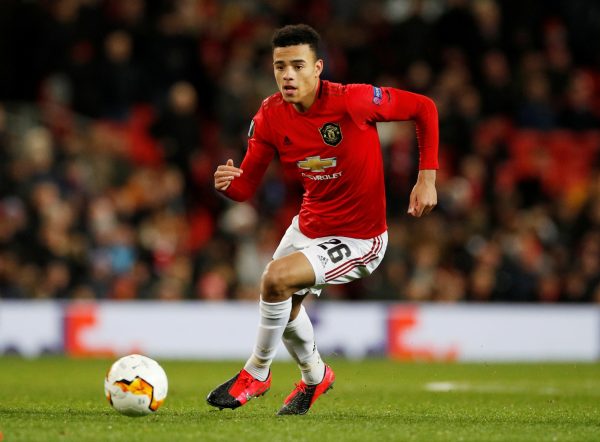 Number six is perhaps the most surprising with a run by Leicester centre-back, Caglar Soyuncu, that was measured at 23.33mph against Crystal Palace. 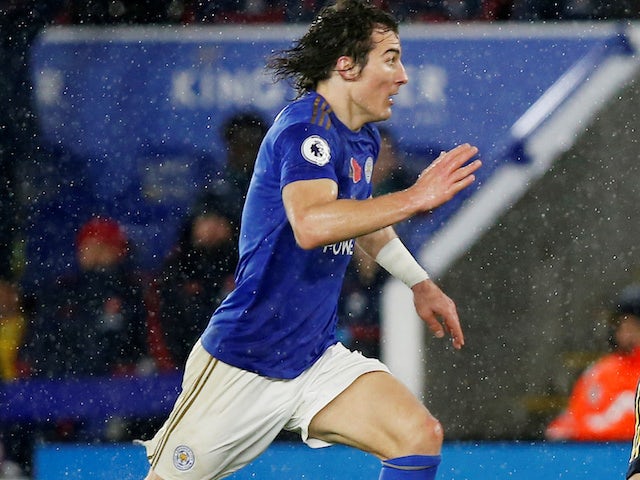 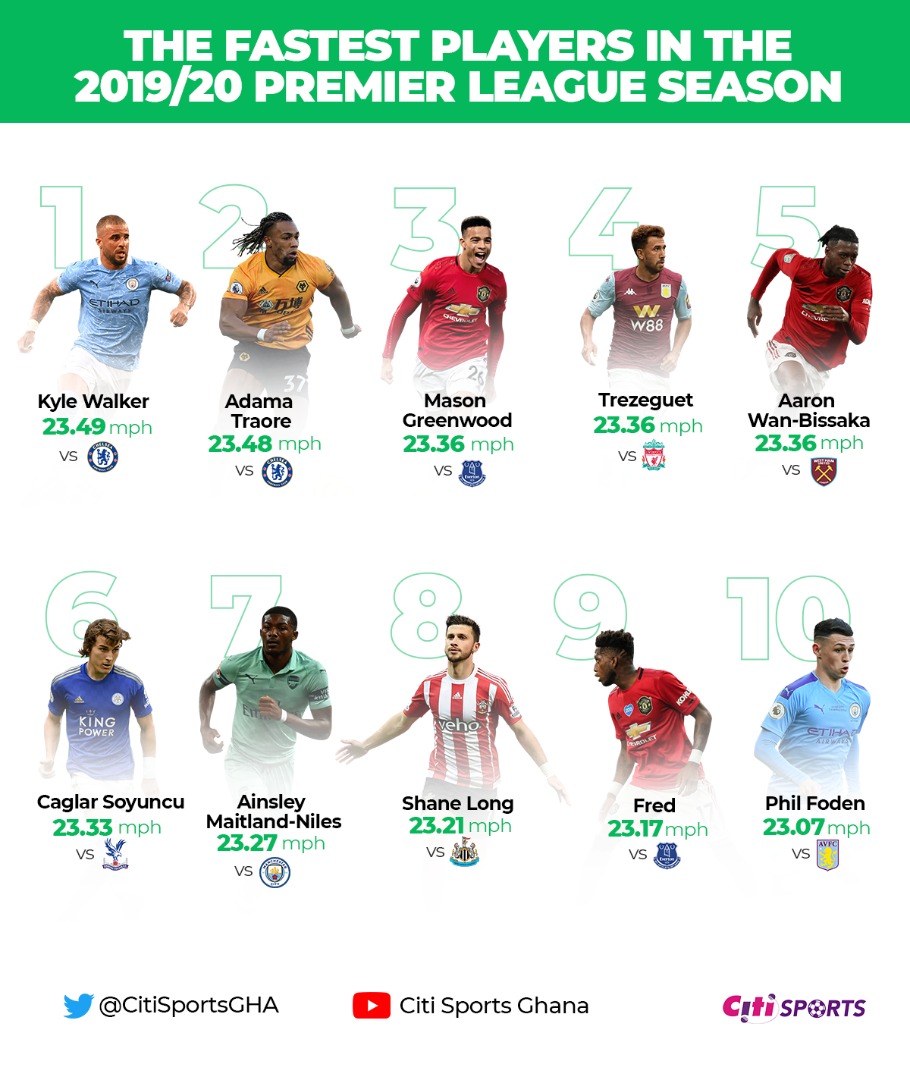