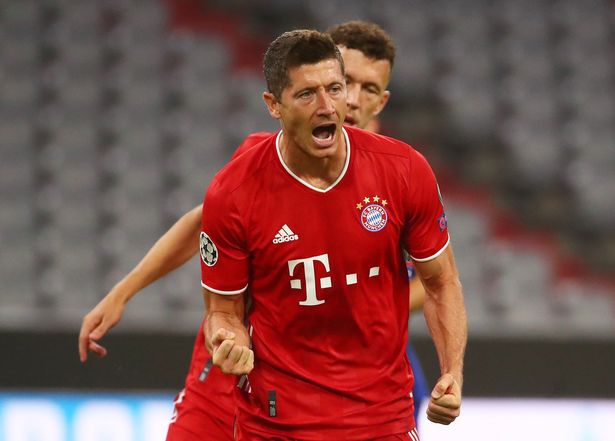 Bayern proved far too strong for Chelsea again as Robert Lewandowski starred in a 4-1 win at the Allianz Arena (7-1 on aggregate) to reach the Champions League quarter-final.

Chelsea had a mountain to climb even before Bayern raced into a two-goal lead through Robert Lewandowski’s penalty (10) and Ivan Perisic’s simple finish (24), but the Blues clawed back some pride with Tammy Abraham’s close-range goal from Manuel Neuer’s error (44).

Lewandowski, who had assisted Perisic, made the third goal for Bayern too, crossing for the unmarked sub Corentin Tolisso to finish from close range (76), and the Polish striker hit his 53rd of the season with an emphatic header (83).

Bayern will now play Barcelona in the quarter-final on Friday in Lisbon, with the winners of that game facing either Manchester City or Lyon on August 19 in the semi-final.