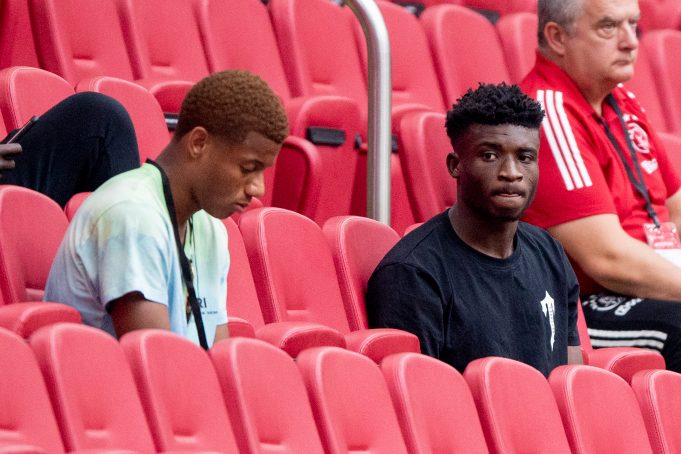 Mohammed Kudus got a close-up look at his new Ajax team-mates as they thumped RKC Waalwijk 6-1 in their first preseason game on Saturday.

The Ghanaian international was spotted in the stands alongside David Neres as he gets used to the Johan Cruyff Arena after moving from FC Nordsjælland.

The 20 year old joined the Amsterdam based club after agreeing a five-year deal worth 9 million euros last month.

Kudus was linked with Manchester United, Tottenham Hotspur, Borussia Monchengladbach, and several other clubs around Europe. However, it is Ajax that ultimately won the race to sign the highly rated attacker.