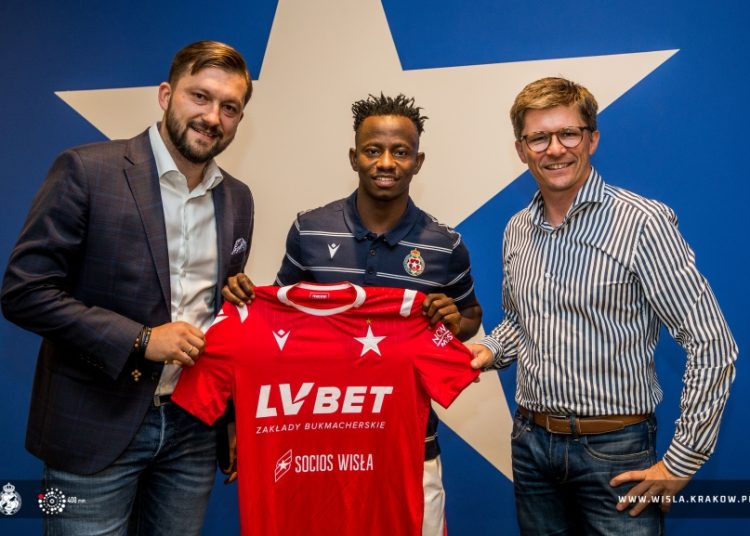 Ghana U-23 captain Yaw Yeboah has signed for Polish Ekstraklasa side Wisla Kraków from Spanish second tier side Numancia.

The 23-year-old inked a three-year deal with the White Star lads after passing a mandatory medical test on Tuesday.

He has joined the Polish side after ending his stay at Spanish second-tier club CD Numancia.

The club’s official statement reads: ”Ghanaian winger Yaw Yeboah is another player who joined the team of the 13-time Polish champion.”

“The contract binding the rider with the White Star will be in force for three years.”

He spent last season on loan at Celta Vigo B where he scored five goals in 20 matches.

He has represented Ghana at the U20 and U23 level.