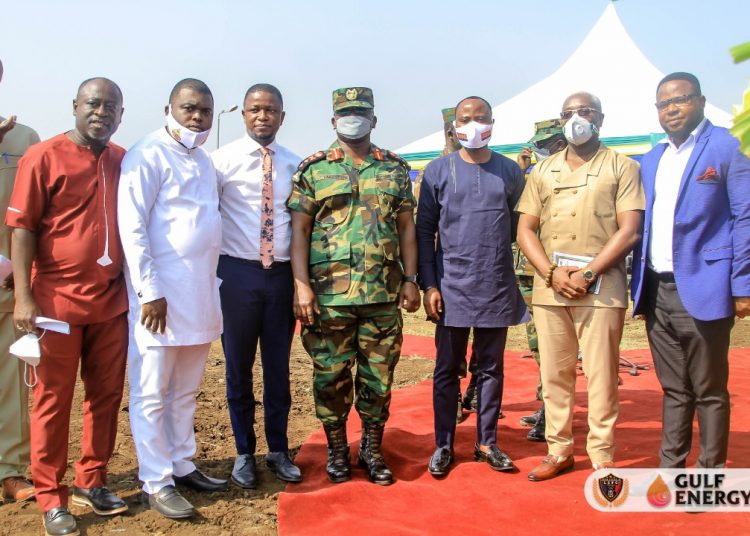 0
SHARES
7
VIEWS
Share on FacebookShare on TwitterShare via Whatsapp

The Chief of Army Staff (COAS), Major General Thomas Oppong-Peprah has praised the efforts of Gulf Energy and sister company Legon Cities Football Club for its continued support of the activities of the Ghana Armed Forces.

Major General Oppong made these remarks during the sod-cutting ceremony for the construction of a 150 bed accommodation for trainees of the Military at the Bundase Training base in the Greater Accra Region. 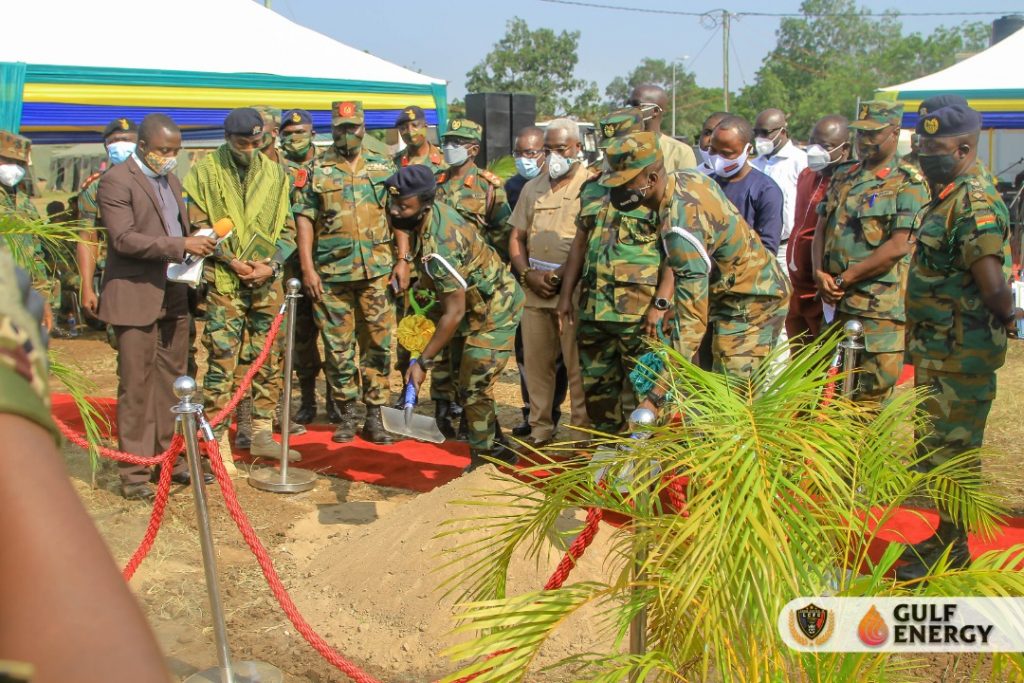 The COAS who represented the Chief of Defense Staff Lieutenant General Obed Akwa for the occasion remarked that the soldiers’ accommodation had come at a very opportune time as the Military High Command places a lot of premium on dignified accommodation for its trainees.

The Trainees who are currently being housed in tents and a dormitory have over the years been at the mercy of the weather which they have had to make do with.

The Army Commander further added that his vision, among others, was to see to the upgrade of his forces in the area of accommodation and extend that into other facets including and not limited well-constructed road network within the camp and the provision of utilities. 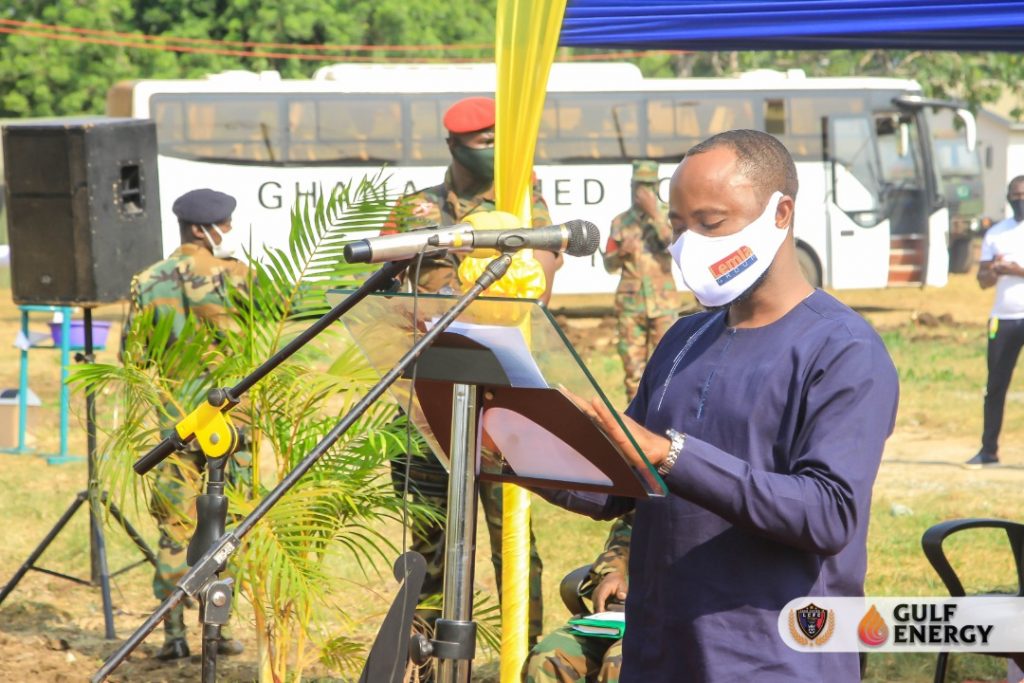 On his part, General Manager of Gulf Energy and Legon Cities FC Martin Agboyo who represented Board Chairman Richard K. Atikpo revealed that His companies are committed to enhancing the lives and welfare of the everyday Ghanaian as part of their Corporate Social Responsibilities with the military not being an exception.

Chief of Army Staff, Major General Oppong-Peprah expressed profound gratitude to the companies for the donation and assured them that the building would be put to good use and properly maintained. 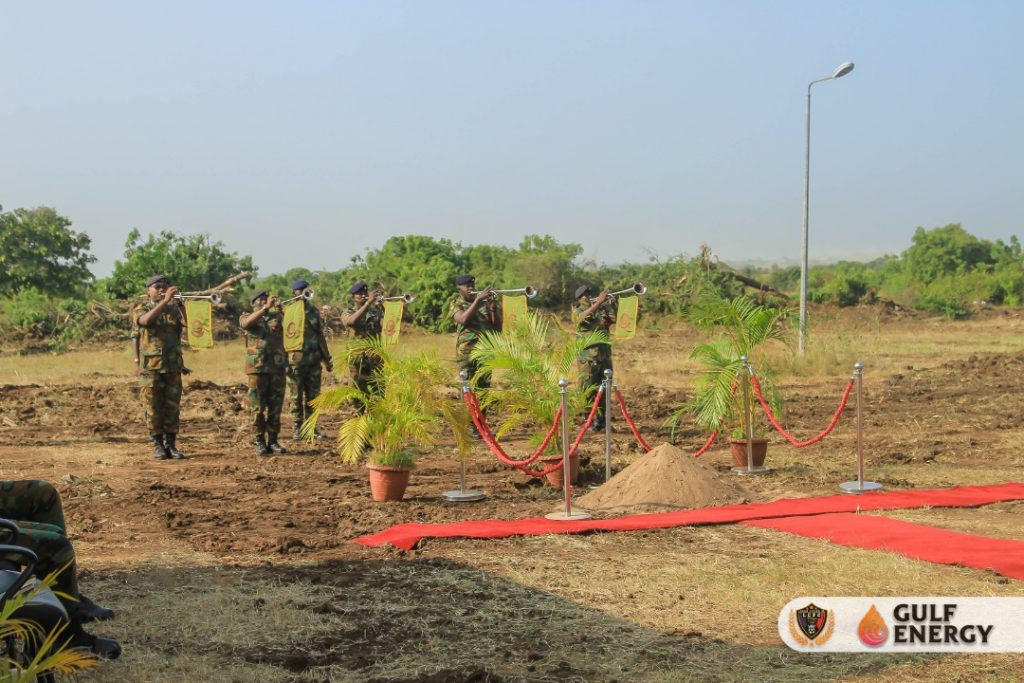 The funding of the projected would also be supported by Structures and Logistics Company Limited.