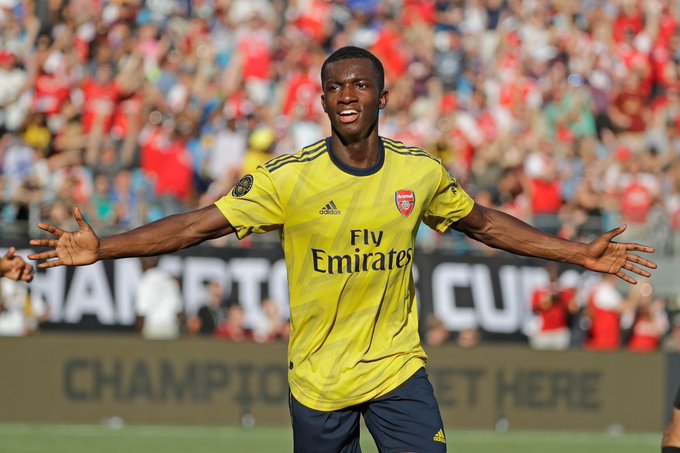 Head coach of the Black Stars, Charles Kwablan Akonnor has confirmed that he is in touch with Arsenal striker, Eddie Nketiah on the possibility of representing Ghana.

The 21-year-old was born in Lewisham, London to Ghanaian parents and has since lived there with his family but travels to Ghana on holidays.

The 21-year-old had an impressive season for Arsenal after returning on loan from Leeds United in January this year.

He scored twice in thirteen appearances for the Gunners.

The youngster also won the FA Cup title with Arsenal that prompted a congratulatory tweet from the GFA.

In an interview on Starr FM, Akonnor revealed that the FA and himself are trying to get Eddie Nketiah to play for the Black Stars.

“I and the Ghana Football Association are working hard at it.”

He is eligible to feature for Ghana at the senior level despite his appearances for England at the youth level.