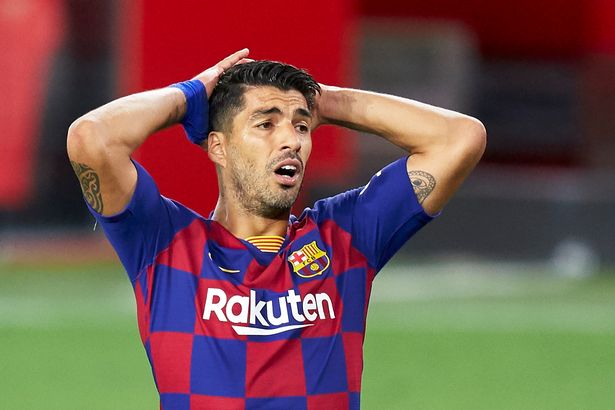 Luis Suarez saw little of the ball as Barcelona were humbled by Bayern Munich in the Champions League.

In fact, over a third of the Uruguayan’s passes came from kick-off as Quique Setien’s side shipped goal after goal in the 8-2 defeat.

Suarez made nine of his 24 passes from the centre centre – eight from Bayern’s eight goals and one from the start of the first half.

The former Liverpool striker did salvage some pride for himself, scoring Barcelona’s second goal at the Estadio da Luz.