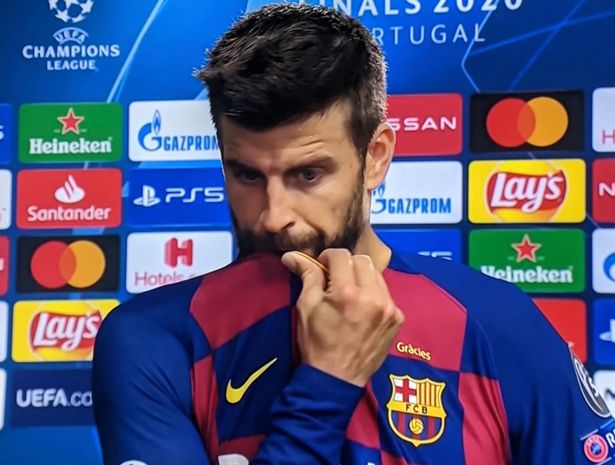 Gerard Pique has offered to leave FC Barcelona following the club’s humiliating 8-2 defeat to Bayern Munich in the quarter finals of the Champions League in Lisbon, Portugal.

The Catalans were 4-1 down after just thirty-one minutes with a brace from Thomas Mueller sanwiched by Ivan Perisic and Serge Gnabry strikes.

After the game, Pique gave an honest reflection, offering to leave the club for new players to be brought in.

“It was a horrible game,” Pique said at full time.

“Disgrace is the word.

“It’s not the first, second or third time this has happened to us.

“We all need to reflect.

“The club needs changes. I’m not talking about the coach or the players.

“I don’t want to single out anybody, the team structurally.

“The club needs changes of all kinds because it’s not the first time this has happened to us, nor the second or third.

“No one is indispensable.

“If new blood has to come in and the dynamic [has to] change, I’ll be the first person to leave because I think we’ve hit rock bottom.

“We all need to look and reflect on it internally and decide what is best for the club, what is the most important thing.”