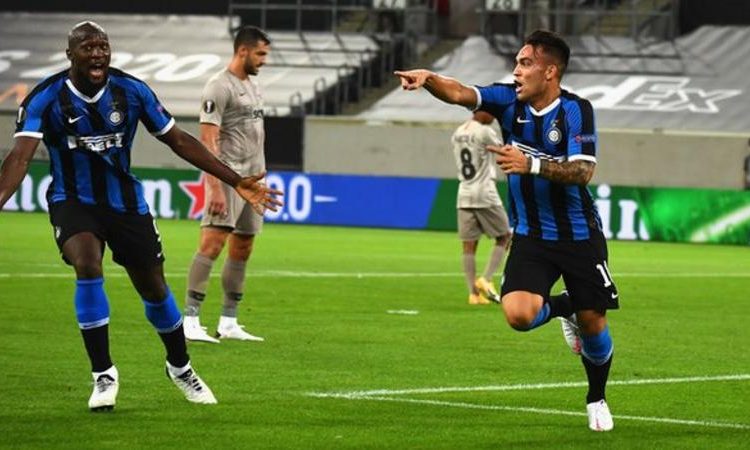 Romelu Lukaku and Lautaro Martinez both scored twice as Inter Milan hammered Shakhtar Donetsk 5-0 in Dusseldorf to set up a Europa League final showdown with Sevilla.

Martinez struck his first in the 19th minute, heading in from Nicolo Barella’s cross after the midfielder had been gifted possession from a dire attempted clearance by Shakhtar goalkeeper Andriy Pyatov.

Danilo D’Ambrosio rose highest in the area to head home Marcelo Brozovic’s corner just after the hour before Martinez side-footed in his second to seal the win and Lukaku came to the party with two neat finishes of his own.

Former Manchester United striker Lukaku has now scored in 10 straight Europa League games and has 33 goals for the season.

Shakhtar’s only real chance was admittedly a very good one, but Junior Moraes headed straight at Samir Handanovic from just a few yards out for what would have been an equaliser.

Having missed out on the Serie A title by a single point, Inter now have the chance to claim a first trophy since 2011 when they face Julen Lopetegui’s Sevilla on Friday.

Thanks for believing in me – Bernard Mensah to Besiktas

Thanks for believing in me - Bernard Mensah to Besiktas