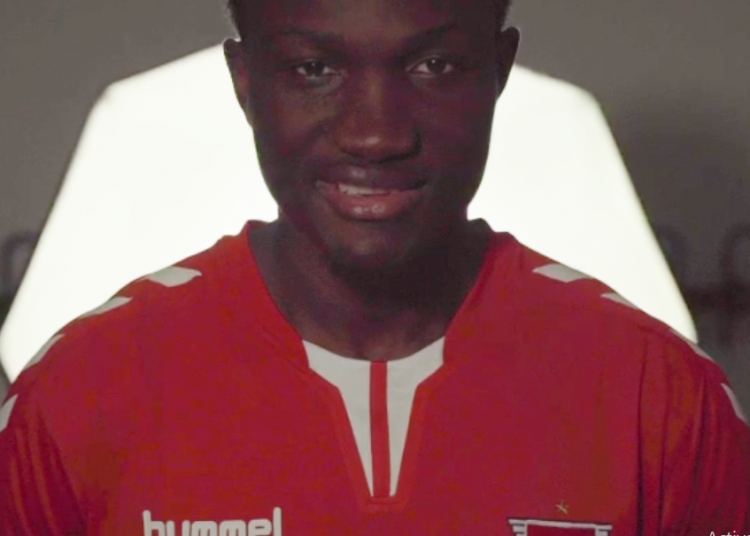 Ghana’s Raphael Dwamena started a phase of his career on Thursday when he penned a deal with Danish club Vejle Boldklub.

The deal was confirmed by the side with a brief but explosive unveiling video, typical of the striker when he is in his best form.

The 30-second video featured one of Dwamena’s most memorable strikes and ended with the forward smirking in the club’s jersey.

The new deal comes just seven months after Dwamena underwent a successful surgery on his heart, which unceremoniously ended his season.

Despite some doubts that he would ever return to action, Dwamena has proven those doubts unfounded, impressing Vejle BK enough for them to welcome him into their fold.

Take a look at his unveiling video below: