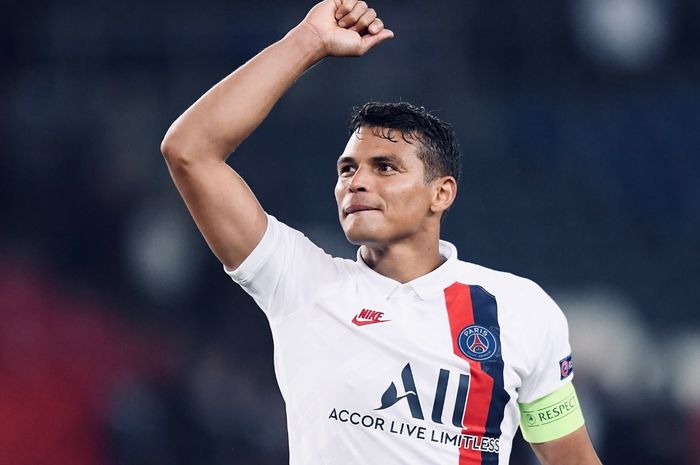 Premier League side, Chelsea, are in talks to sign Brazilian defender Thiago Silva from PSG, according to the Athletic.

The 35 year old’s contract with the French champions expires after the UEFA Champions League final on Sunday.

Chelsea manager Frank Lampard is said to be a huge fan of the Brazilian, and is keen on his signature.

We’re told Chelsea are in advanced talks to sign Thiago Silva on a free transfer. Contract length among the issues still to iron out. More info on @TheAthleticUK’s transfer tracker here 👇 #CFC https://t.co/up5JqJkfjo

Silva made 21 appearances for PSG in the 2019/2020 season, and has been instrumental in their run to the Champions League final, where they will face Bayern Munich.

Throwback: See how Ghana’s Edward Sarpong sent a Cameroonian player back to his hometown [VIDEO]

Throwback: See how Ghana's Edward Sarpong sent a Cameroonian player back to his hometown [VIDEO]