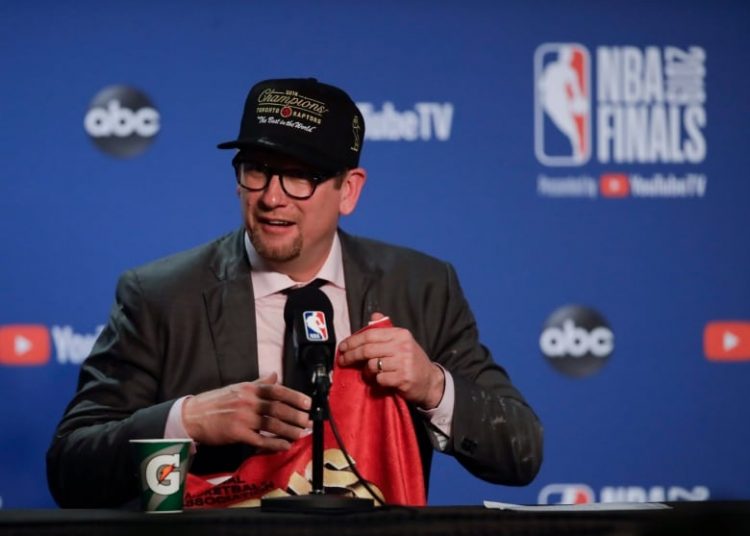 Nick Nurse was announced as the winner of the N.B.A. Coach of the Year Award on Saturday after leading the defending champion Toronto Raptors to another 50-win season, this time without Kawhi Leonard.

Nurse, who has the Raptors on the verge of the second round of the playoffs, was a runaway winner, receiving 90 first-place votes from a panel of 100 sportswriters and broadcasters. He finished with 470 points. (The New York Times did not participate in voting.)

Milwaukee’s Mike Budenholzer was second after leading the Bucks to the best record in the suspended season, earning 147 points. Oklahoma City’s Billy Donovan (134) was third.

Nurse led Toronto to its first title last year in his rookie season, becoming the only coach to win an N.B.A. championship and a G League championship. He won titles in 2011 and 2013 at the N.B.A.’s minor league level.

The Raptors hardly missed a beat Leonard, who had been named the most valuable player of the N.B.A. finals. They rolled to a 53-19 record and the No. 2 seed in the Eastern Conference. They have a 3-0 lead over the Nets and will try to finish off the sweep Sunday.

Nurse is 111-43 in two seasons. He has more than validated the Raptors’ decision to fire Dwane Casey in 2018, even though Casey had won the Coach of the Year Award that season after guiding Toronto to a 59-23 record.