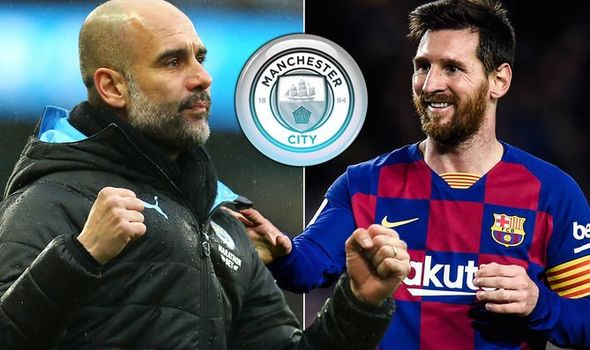 Manchester City believe they have a chance of signing Lionel Messi after the forward told Barcelona he wants to leave.

Pep Guardiola was Messi’s manager at Barcelona for four hugely successful seasons from 2008-12 and would love to be reunited with the 33-year-old Argentinian. He had never anticipated Messi leaving the Camp Nou but City, whose chief executive Ferran Soriano and director of football Txiki Begiristain also worked at Barcelona, will try to secure a deal.

It is understood City are banking on being able to get Messi on a free or for a relatively minimal fee, and a legal battle may determine that. Messi’s camp believe he can walk away for nothing. Barcelona, by contrast, insist that he is still bound by a €700m (£629m) buy-out clause.

A clause in Messi’s contract allows him to leave for no fee provided he communicates that decision, which he did on Tuesday by burofax – in effect a recorded letter to ensure Barcelona are legally considered to have been informed. But there is disagreement over whether the window for that has closed.

Barcelona maintain Messi’s chance to walk away ended on 10 June, a date understood to be set by the principle that the player had 10 days after the end of the season. But in the event, the season did not end until 23 August.

The dispute suggests the wording does not specify a date but expresses it in more vague terms relating to the end of the season. That is reinforced by Barcelona’s belief that a season refers to a typical season. Messi’s camp will argue that it refers to the season in question and that he cannot be expected to communicate a decision such as that with games ongoing and Barcelona competing for the Champions League.

City will not be alone in trying to sign Messi, with clubs helped by the relaxation of Uefa’s financial fair play rules. Paris Saint-Germain are expected to be among other interested clubs but it is understood Manchester United will not attempt to get him.