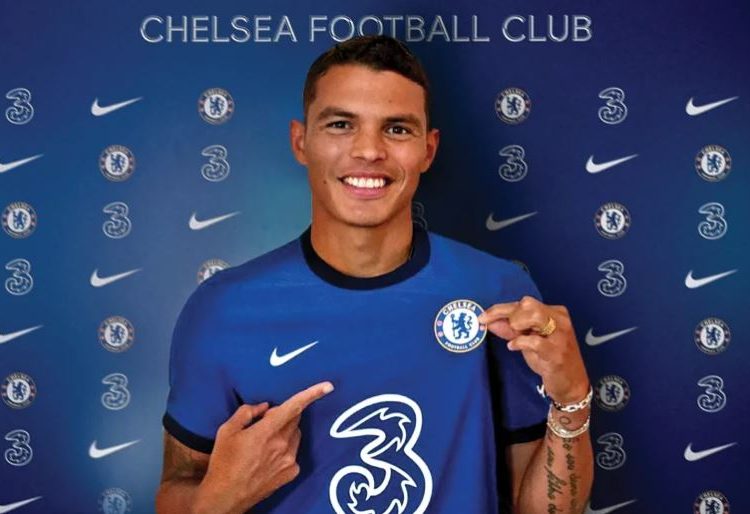 Brazil centre-back Thiago Silva has signed for Chelsea on a one-year deal, with the option of another.

The 35-year-old has joined the Blues on a free transfer having left Paris Saint-Germain after their Champions League final defeat on 23 August.

Silva, who is joining on a free transfer after his contract at Paris Saint-Germain expired, passed a medical with the Blues in Milan on Thursday.

He wrote to mark the end of his stay at PSG:

“Today a cycle ends, after eight years with the PSG team I would like to thank my team-mates, the whole technical team and management, the fans, my family, God and friends, for all these happy moments we experienced in the city of light.”

His addition to Lampard’s team will bolster the Blues’ defence, which conceded the most goals (54) in the Premier League top 10 in 2019-20.

“I am so happy to be joining Chelsea. I am delighted to be a part of Frank Lampard’s exciting squad,” Silva said after signing for The Blues.

“I’m here to challenge for honours and I look forward to playing at Stamford Bridge very soon.”