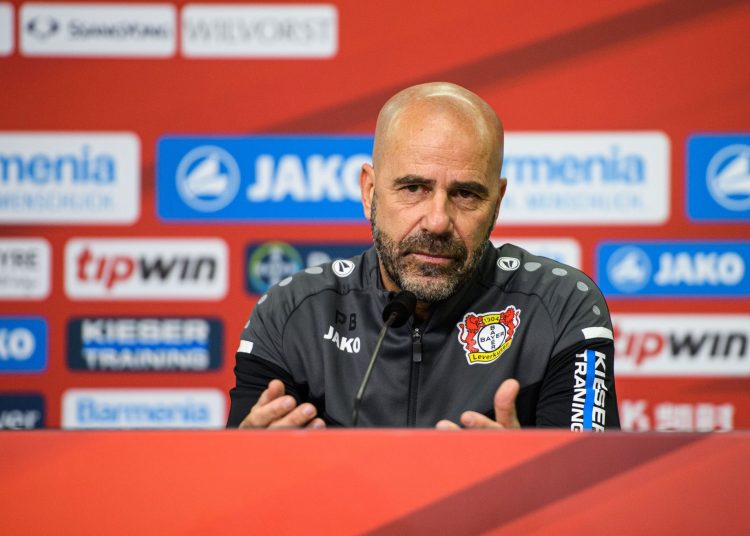 Bayer Leverkusen coach, Peter Bosz says he does not expect Chelsea-bound Kai Havertz to play for the club again.

The Dutch coach also added that Kevin Volland could join Havertz in exiting the Bundesliga side this transfer window.

The German international, Kai Havertz is expected to join English Premier League giants Chelsea while Kevin Volland is on the verge of joining AS Monaco.

Speaking at a press conference on Monday, Peter Bosz said he will be expecting replacement for the players who will soon depart.

“Volland and the national players didn’t participate today. Bailey also wasn’t there. Unfortunately our squad isn’t set yet. I don’t expect Volland and Havertz to train with us again. It’s possible more players will transfer. We definitely still have to add some players.”