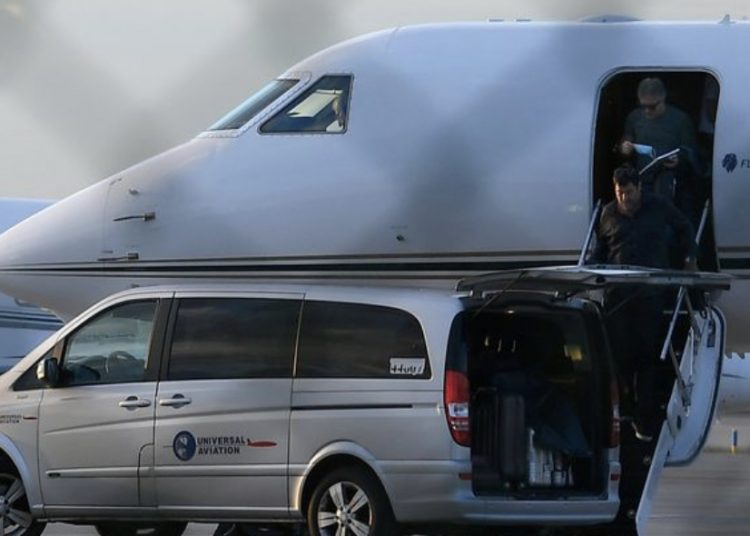 Lionel Messi’s father and agent has touched down in Spain for crunch talks with the Barcelona hierarchy over his son’s future.

Jorge Messi boarded a private jet taking him to Spain from Rosario in Argentina and landed in the private terminal of the Barcelona-El Prat airport at around 6.45am local time.

He is due to meet Barcelona president Josep Maria Bartomeu and the rest of the Barcelona board on Wednesday to resolve the impasse between player and club over the forward’s contract situation.

The 33-year-old no longer considers himself a Barcelona player and did not turn up to the club’s Covid-19 testing on Sunday and subsequent start of training sessions on Monday.

The Argentinian, who has played for the Spanish team for almost 20 years, informed the club last week he wants to leave.

These talks between Barcelona and Lionel Messi will take place on Wednesday and Thursday. Lionel Messi’s father, Jorge, has now arrived in the country and will be leading these talks as far as the Messi camp is concerned.

The Barcelona side cannot even agree with each other. There is the president’s side, who on one hand say Messi has this valid contract and is not going anywhere for less than the asking price – we are not going to do any deals.

The other side of the boardroom feel like that is unrealistic – we are in financial hole, he could leave anyway in a year’s time and meanwhile hang around not wanting to be here.

There’s going to have to be a lot of talking and I think that’s going to take longer than two days.