€700m release clause must be an error: Messi’s father on son’s future 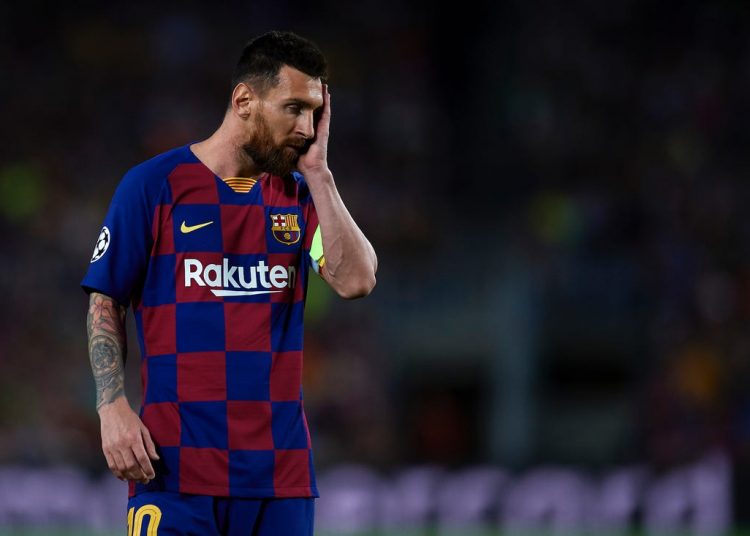 Lionel Messi’s father has described La Liga’s official claims that his son could only leave if his release clause as an “error”.

The captain of Barcelona handed in a transfer request on August 25, 2020, sending it via fax to the club after a disappointing 2019/2020 season.

Barcelona ended the season without a single trophy and bowed out of the UEFA Champions League with an 8-2 thrashing at the hands of Bayern Munich.

According to Messi’s handlers, there is a clause in his contract that allows him to leave the Catalan-based club for free, but this has been disputed by Barcelona and supported by La Liga.

Barcelona insist the said clause ended in June, and can only leave the club if his release clause of €700 million is triggered.

However, Jorge Messi, the father of the 33-year-old, and his agents have released an official statement insisting that the release clause does not exist in the contract anymore.

“We do not know which contract they [Liga] have analyzed, and which are the bases on which they conclude that it would have a termination clause “applicable in the event that the player decides to urge the unilateral termination of the same”

“This one about the €700m release clause must be an error on La Liga part”. 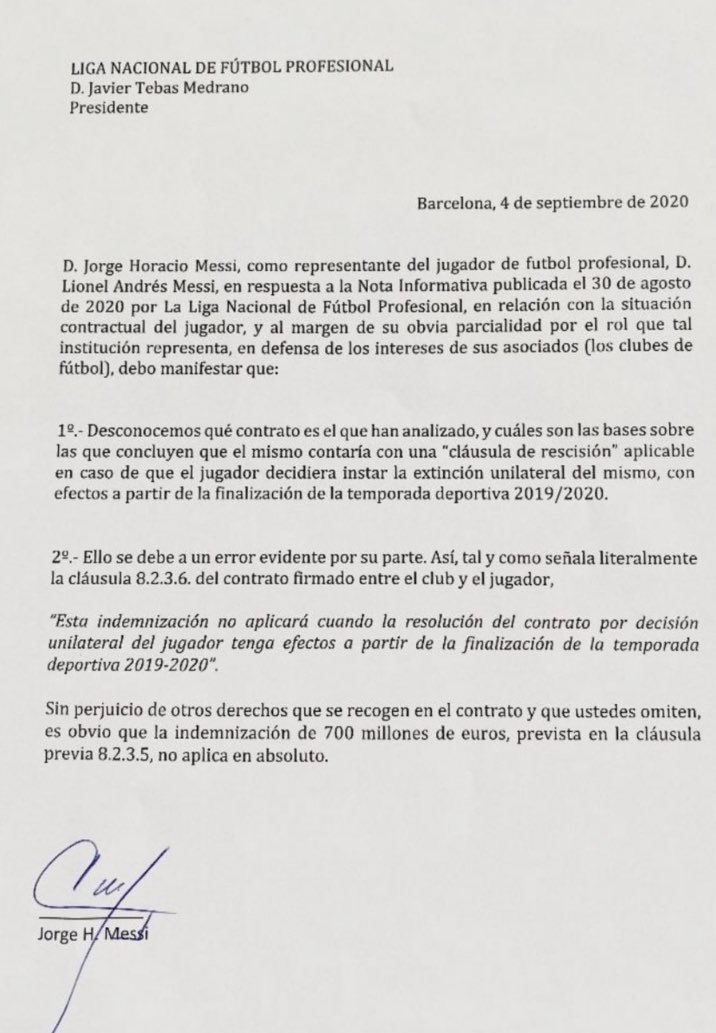 Lionel Messi has been heavily linked with a move to Manchester City as the player is reportedly eager to reunite with Pep Guardiola.