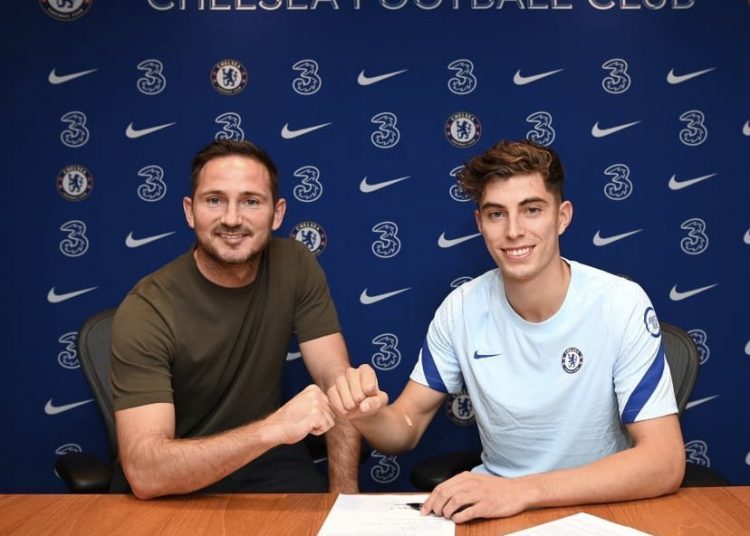 The 21-year-old scored 36 goals and contributed 25 assists in 118 appearances for the Bundesliga club.

He becomes Chelsea’s second most expensive signing after Kepa Arrizabalaga who joined from Athletic Bilbao (£71.6m) in 2018.

After completing the deal to the London-based club, Havertz stated that it was a dream come true to move to Chelsea.

‘I am very happy and proud to be here, For me, it is a dream come true to play in a big club like Chelsea and I can’t wait to meet all the players and the trainers. Yeah, I am very happy to be here!’Chelsea director Marina Granovskaia added: ‘Kai is one of the best players of his age in world football, so we are very happy that his future lies at Chelsea. He has proven pedigree in one of the best leagues in Europe, he plays for the German national side and he is an exciting, dynamic talent. We are delighted to be able to add his versatility and quality to the squad before the season begins.’

The versatile midfielder, who can also play up front, has scored once in seven appearances for his national team, Germany.

Chelsea begins their Premier League campaign away at Brighton and Hove Albion on Monday, 14 September. Commentary will be live on 97.3 Citi FM.