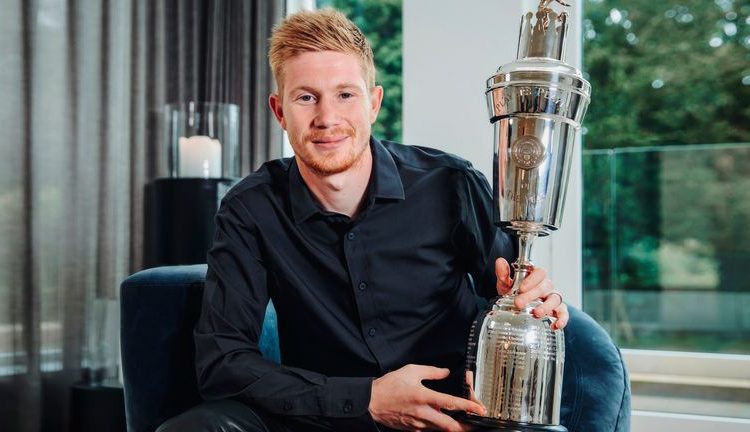 Kevin De Bruyne has been named the 2020 Professional Footballers’ Association Player of the Year with Chelsea’s Bethany England taking the women’s award.

Alexander-Arnold did however pick up the award for the PFA Young Player of the Year, beating England youngsters Tammy Abraham, Mason Greenwood, Mason Mount, Marcus Rashford and Bukayo Saka to the prize.

City trailed the Reds by an eventual 18 points in the 2019/20 Premier League campaign but De Bruyne, who registered 13 goals and a record-equalling 20 assists, was voted the campaign’s top performer by his peers and was quick to thank his manager for handing him full creative licence.

“Most of the time he just lets me be me,” the 29-year-old said of Guardiola. “We speak often about the team but in a lot of senses he knows when he gives the orders of what the team has to do that I will listen.

“But then on the other side he gives me a lot of freedom; I don’t know why, that’s just the way it goes between us.

“He knows in one way I will always put the team first and then obviously if I can help myself I’m going to do that.

“But he knows that I want the team to win, and if the team wins I will gain from it. So I think in that sense he feels fine and he trusts me completely.”