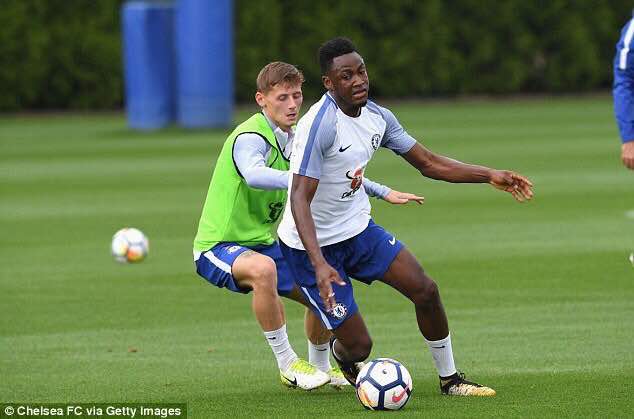 Ghana international Baba Rahman has almost become a forgotten figure at Premier League side Chelsea, after spending the last three years on loan In Germany and France.

The 26 year old has been training with his parent club, after his loan deal at Real Mallorca expired at the end of the 2019/2020 season.

The former Augsburg man stole the show on Tuesday scoring an amazing scissor kick goal, which completely caught everyone by surprise.

Rahman is likely to head out on loan once again, with his chances for a place in the Chelsea first team looking slim, after the signing of left back Ben Chillwell.