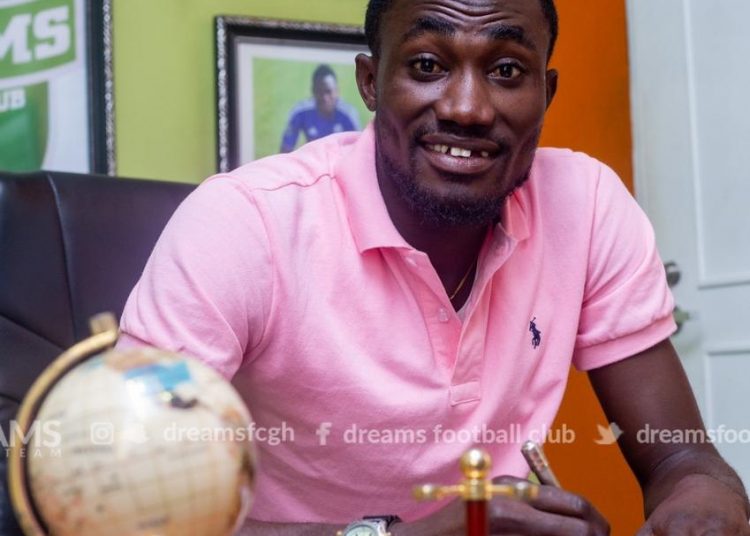 The 23 year old joins the Dawu based side on a four-year deal.

Agyenim Mensah was the leading Goalscorer in the division one league scoring 10 goals in 13 matches prior to cancellation of the 2019/2020 season due to the Coronavirus Pandemic.

Dreams FC announced his signing on their official twitter handle.