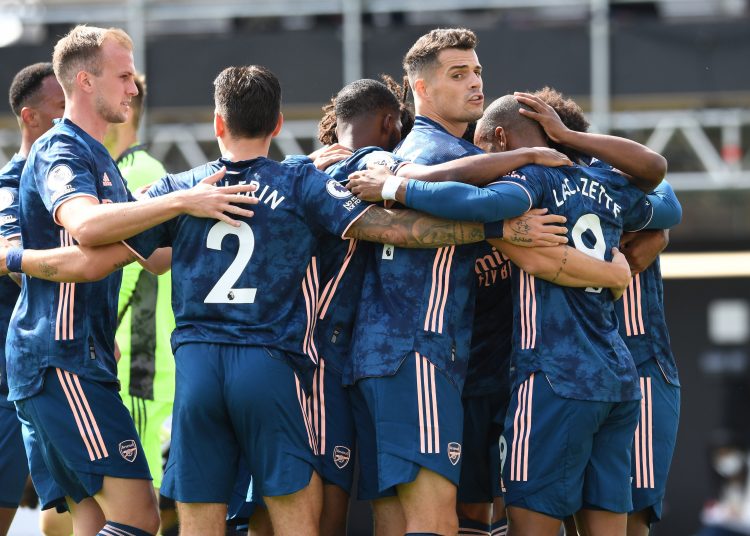 A key squad member in Scott Parker’s run to promotion through the playoffs, Kebano started the season as he ended the last with his energetic runs. That was about it. He enjoyed someone on one battle with Tierney but failed to repeat the feats of last season. Its only game week 1, but we can hope we see some breathtaking free kicks and electric runs in subsequent weeks.

Ream is not new to the PL and knows what is required of him; focus, focus, and more focus. In the eight-minute, the experienced American sliced clearance from a shot into the path of Willian who did his bit to trouble the Fulham goal and created the goal-scoring opportunity for Alexandre Lacazette, who did what any number 9 would do and scored. This goal came at a time Fulham were growing in confidence that they could hurt Arsenal with their one-touch football.

NEXT FIXTURE: Leeds (A)

Fulham has lost their past 11 top-flight London derbies – including 10 defeats in 2018-19 – the longest run by a club in top-flight history. With a fixture against fellow promoted side slated for next weekend, Fulham will look to go to Elland Road and make a statement after this 3-0 drubbing at home. Scott Parker tried to keep most of the XI that won promotion in his starting lineup and this plan backfired. It would be good to get the same team together with maybe Mitrovic leading the line at Elland Road.

The man seems to know what the Arsenal problem is, and he is dedicated to fixing it. Arsenal was well-drilled off the ball and assured on it throughout the game with a continuous change in shape from a 3-4-3 when out of possession to a 4-3-3 when in possession. This worked a treat as Fulham were unable to keep up with their shape and which players to mark. Opting to start Willian and Gabriel Magalhaes worked exceptionally well with their involvement in getting Arsenal their first win and a clean sheet of the season.

As a wing-back, he afforded Arsenal numbers in defense but going forward, Maitland-Niles was lost for most of the game and registered the second lowered passing accuracy of 73% (29/40). He moved into the middle during Arsenal’s attacking phase and offered little creativity. He would need to step it up if he wants to remain a permanent fixture in this Arsenal set up.

The journey from West London to North London started off right for Willian as he registered a hat trick of assists in the opener of the 2020/21 EPL season. The more interesting fact is that Willian is the first Arsenal player since Ray Parlour in his 1992 to assist two goals in their PL debut. Willian shone with his set-piece technique and work off the ball. He has enjoyed a good debut and would be happy with his contribution.

Another London derby is on the horizon, this time against Moyes’ West Ham, Arsenal are full of confidence after claiming the Community Shield and their impressive away victory at Craven Cottage. Arteta may want to keep the side the same to ensure some consistency and allow Gabriel Magalhaes to grow in more confidence. It would not be as straight forward as playing new boys Fulham but it will be another test Arteta would be looking forward to acing.

Yaya Toure airs Serie A ambition at the age of 37

Yaya Toure airs Serie A ambition at the age of 37