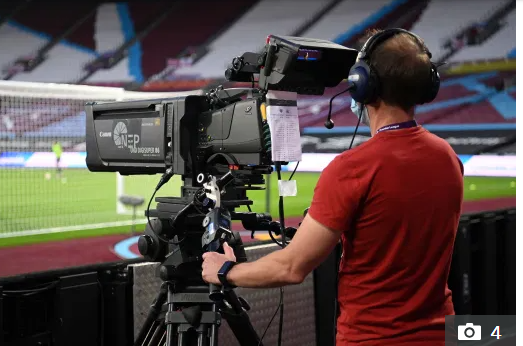 Liverpool have been hit with a whacking £17.3million charge — for being Premier League champions.

League chiefs told the 20 clubs last season they faced a £330m collective rebate to broadcasters for 2019-20  as a result of the impact of the coronavirus crisis.

Now for the first time the League has unveiled the anticipated costs for the 20 clubs in the top flight last term — and the impact over the next two seasons.

Figures published as part of the Premier League  rulebook for the 2020-21  season outline the anticipated repayments to be demanded from clubs.

All will pay back around 10.7 per cent of the money that would have been due to them.

But with those total  pay-outs established by a process involving a basic share plus payments for final positions and live TV games, the money chart does not entirely mirror the end of season table.

But Chelsea will end up earning £135.2m, £700,000 more than Manchester United despite finishing a place behind them.

And although Arsenal were eighth last season, extra TV appearances means — even with a £15m rebate — they will bank £2.4m more than North London rivals  Tottenham and take sixth spot in the cash table.

At the bottom, relegated trio Bournemouth, Watford and Norwich fill the last three money slots as well, with the Canaries losing £7.1m to finish with a £88.1m pay-out for their top flight campaign.

Parachute payments to the trio will also be reduced by £2.6m this season and £2.2m next term, with the teams relegated this season also each losing £2.6m in 2021-22.

League bosses have agreed with clubs that no  repayments will be due until the end of this season, allowing the 20 teams extra time to deal with the  financial repercussions of  the pandemic.

But the League also  confirmed that this season’s three promoted clubs — Leeds, West Brom and  Fulham — as well as the clubs that come up from the Championship next season, have to each lose £8.4m from their expected first season TV revenues.