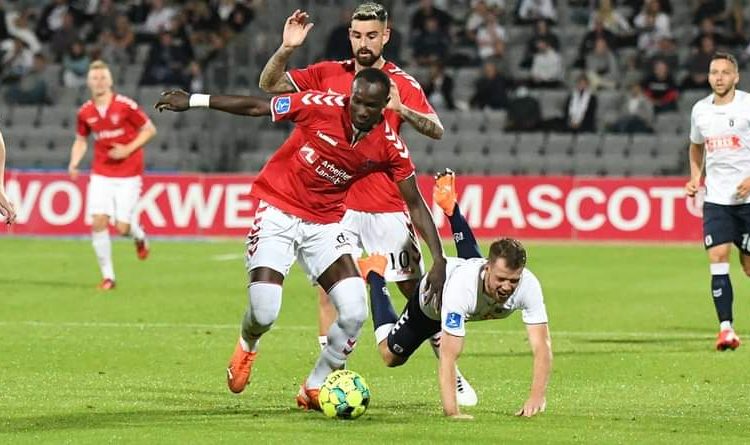 Black Stars striker, Raphael Dwamena marked his return to competitive football with a goal as his side were beaten  4-2 by AGF in the Danish Super Lig.

The on-loan Levante forward was picked to start in his first competitive game in an attempt to relaunch his career after a difficult 2019-2020 season.

However,  despite failing to record his first win for his new side, the 24-year-old announced his presence with a goal for Vejle BoldKlub.

Patrick Mortensen and Frederik Tingager scored two quick goals for the hosts, AGF within the space of 20 first-half minutes.

AGF were dominant and added their third of the night in the 58th minute, with a goal by Jon Dagur.

Raphael Dwamena reduced the deficit on the 71st minute and Ojala also scored in the 85th minute to set up a frenzied end to the game.

However, Hvidt had other ideas, scoring a 90th-minute goal to bury the game.

Vejle BoldKlub might have lost but the return of Ghana’s Raphael Dwamena was a major highlight, marking his return with a goal on the opening game week of the Danish league.