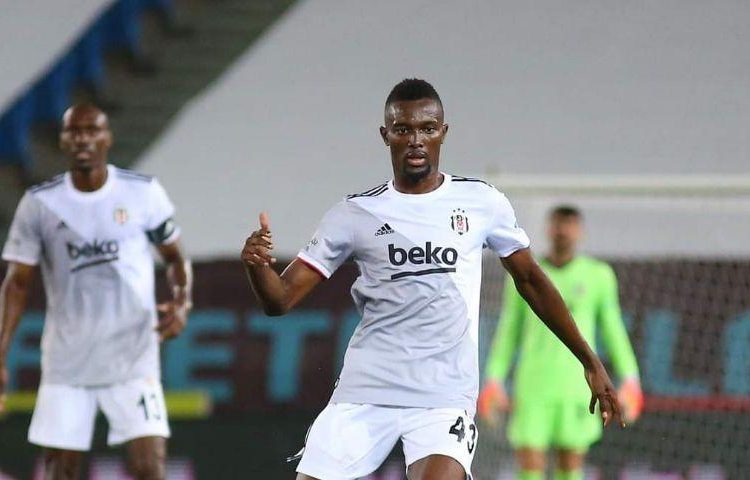 Ghana international, Bernard Mensah marked his Besiktas debut with a goal as they cruised to a 3-1 win in the Turkish Super Lig.

The win will be sweeter for the Ghanaian as he got the better of his compatriot, Caleb Ekuban who was on the losing side.

The 25-year-old, who joined the Black Eagles from Kayserispor in the summer transfer window, found the back of the net, converting from the spot to extend his side’s lead in the 64th minute.

Tyler Bond had opened the scoring for Besiktas on the 29th before Mensah extended it, with Jeremain Lens sealing the win.

The Black Stars player lasted 81 minutes of the game before being replaced by Adam Ljajic as his side got off to a good start in the new season.

During the encounter, the 25-year-old registered the most shots (3) and he completed the most dribbles alongside Ajdin Hasic (2) for the Black Eagles.

Mensah has been plying his trade in Turkey since 2017, starting his Super Lig career with Kasimpasa after completing a loan from Atlético Madrid for the 2017-18 campaign. He then moved to Kayserispor and now he is with the Black Eagles.

The midfielder has so far scored 14 goals in 80 appearances in the Turkish top-flight.