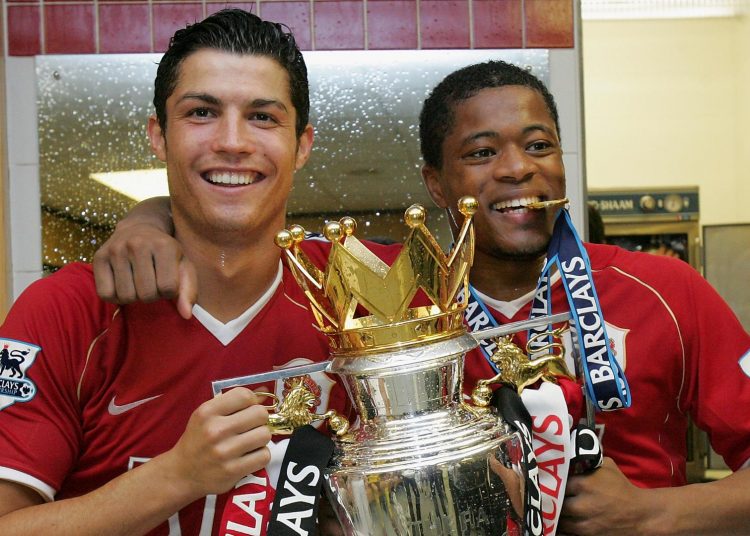 It is a normal thing for teammates to meet after matches and training sessions to have a talk, have lunch, and bond.

That was the case of ex-teammates, Cristiano Ronaldo and Patrice Evra who after a game decided to have lunch together.

The ex-French left-back narrated a very hilarious occasion to Soccer AM where Ronaldo invited him for lunch but the fun afternoon ended up being another session for them.

He said he was expecting them to have a heavy diet but to his surprise, the food he was given was just salads and chicken, and afterward, the Portugal international brought out a football and asked them to play.

They then went on to the sauna which caused the French international to be angry with his colleague.

“We just trained. You told me that you invited me to lunch, but in the end, we just had another training session. Next time I won’t go,” the Frenchman said.

After that, he reached a clear conclusion: “I love him, but I won’t go again, he’s crazy.”

The two played together from 2006-2009, where the superstar, joined Real Madrid. Evra stayed until 2014 where he joined Juventus.