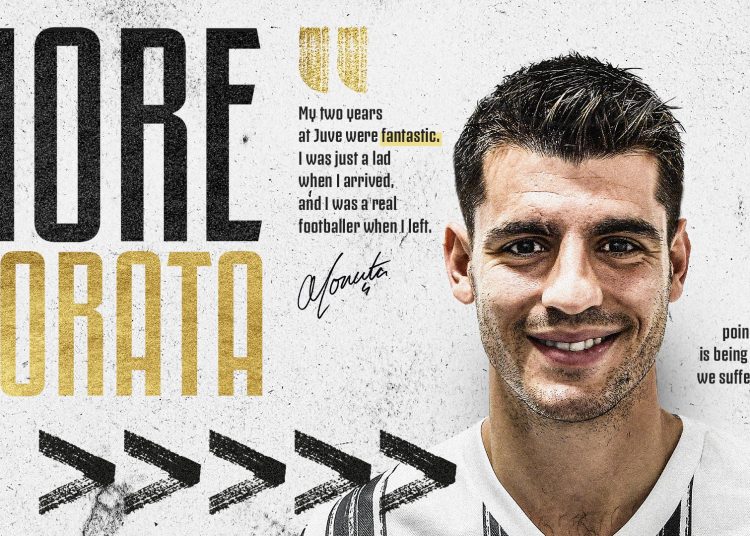 Spanish striker, Alvaro Morata has completed his move back to Italian giants, Juventus.

According to the reports, Juve reached an agreement with Atletico for a one-year loan deal which is set to cost €9 million and an option to buy for €45 million.

Morata, 27, will have a second shot with Juventus where scored 27 goals in 93 appearances for the Bianconeri, winning two Serie A titles, two Coppa Italia and a Supercoppa during his last stint with the club.

The Old Ladies of Turin were in contention to sign Edin Dzeko but couldn’t reach an agreement with AS Roma.

Morata’s move to Juventus could mean that Luiz Suarez will join Atletico Madrid from Barcelona.

Juventus play AS Roma over the weekend in the second game week of the Serie A.