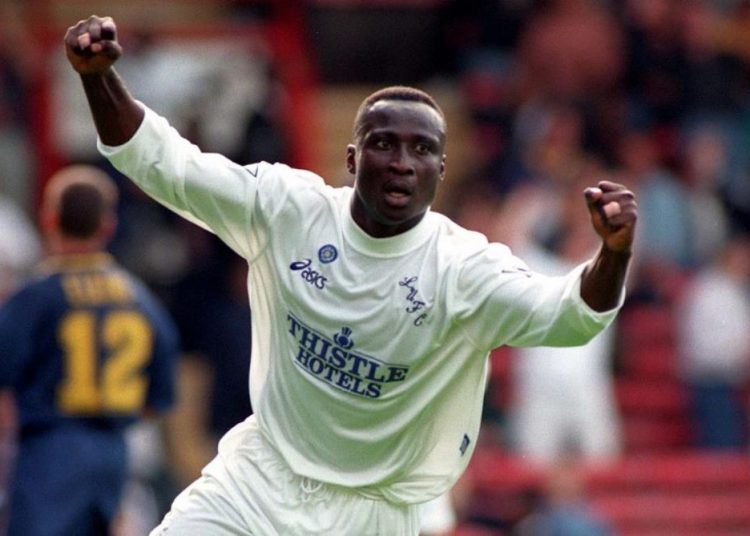 Perhaps the biggest footprint he left was his two immaculate strikes, one against Liverpool, and the other against Wimbledon in a 4-2 win for Leeds 25 years ago today.

On 23 September 1995, Tony Yeboah stole  the show with a hat-trick to propel Leeds to a 4-2 win over Wimbledon.

But it was his second goal that is still etched in the minds of Premier League fans.

Yeboah lashed onto a poor headed clearance by a Wimbledon defender, controlled the ball with his chest and cushioned it with his thigh, before unleashing a thunderous volley with his right foot into the back of the net.

The goal is widely regarded as one of the best goals in Premier League history.

Exactly 25 years ago on this day, Tony Yeboah did this against Wimbledon #Legend pic.twitter.com/UTQT2M8zRT

Yeboah scored 24 goals in 47 appearances for Leeds United, in two years at the club.