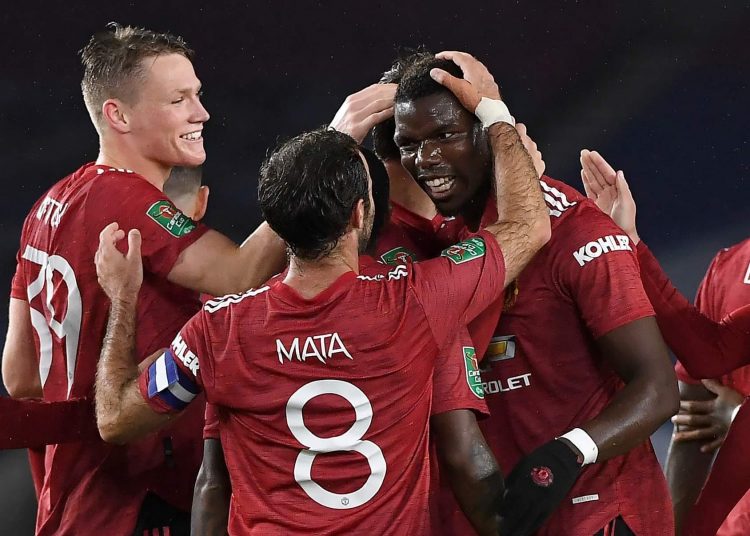 Manchester United beat Brighton for the second time in four days, with Paul Pogba scoring a free-kick to help seal their progress to the quarter-finals of the Carabao Cup.

On Saturday, Ole Gunnar Solskjaer’s side needed a dramatic late penalty, awarded via VAR after the full-time whistle had blown, to beat the Seagulls 3-2 in a game packed with incident.

This was a less frantic and fun affair, played out by largely second-string sides and in periods of torrential rain.

And it was settled in far more routine fashion, with midfielder Scott McTominay finding space in the box to head home Juan Mata’s free-kick from close range in the first half.

Having sent on both Pogba and Marcus Rashford, Mata then sealed the result with a cool finish from inside the box after he was found by a neat flick from Donny van de Beek.

Pogba added the garnish with a direct set-piece that found the top corner via a deflection.

It was an otherwise even game for large periods, with chances for both sides.

Odion Ighalo hit the side-netting from an angle after taking the ball around home goalkeeper Jason Steele, while Leandro Trossard drew a superb save from Dean Henderson in the United net with a shot from close range.