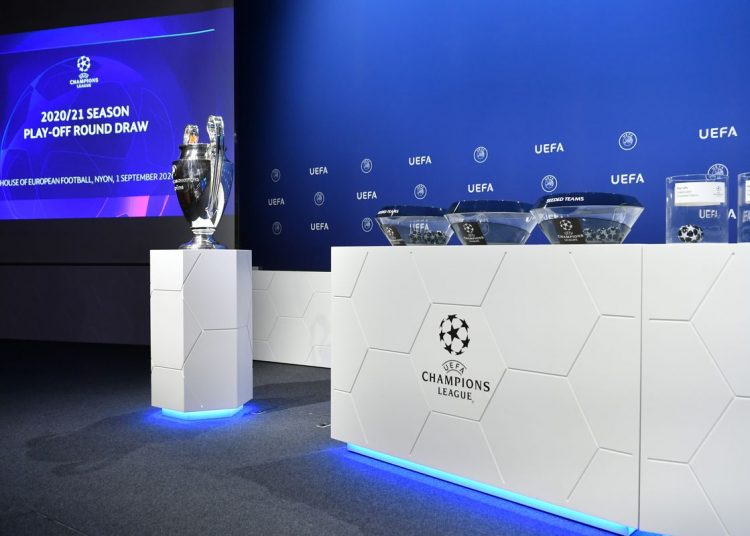 Premier League champions Liverpool will have to negotiate a group containing Ajax, Atalanta and Danish side Midtjylland.

Manchester City are in Group D with Porto, Olympiakos and Marseille.

Meanwhile, Cristiano Ronaldo and Lionel Messi are set to face each other after Juventus and Barcelona were drawn in Group G, while holders Bayern Munich will face Atletico Madrid in Group A.

The draw, which also saw Real Madrid and Inter Milan paired in Group A, took took place without club officials present because of the ongoing coronavirus pandemic.

And it was a particularly tough draw for Manchester United, who will play last term’s finalists Paris St-Germain, as well as 2020 semi-finalists RB Leipzig.

This year’s group stage begins on Tuesday, 20 October while the final is on Saturday, 29 May 2021 at the Ataturk Stadium in Istanbul.