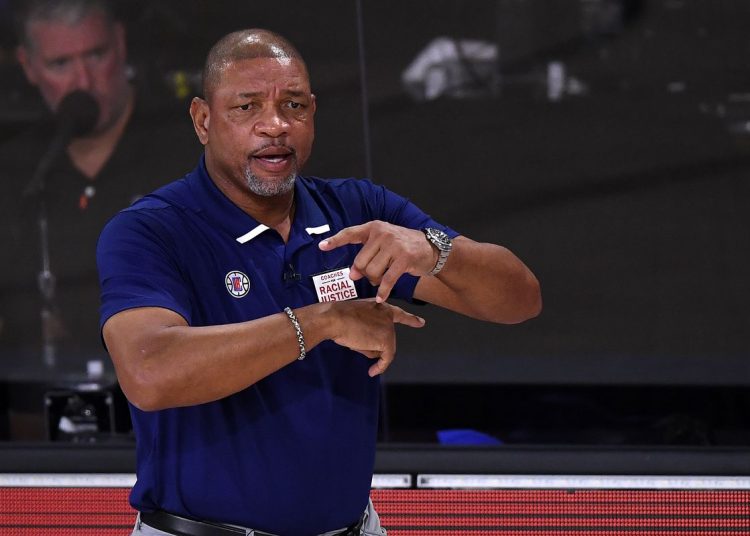 After a rapid courtship and negotiation, Doc Rivers has reached agreement on a five-year deal to become the next coach of the Philadelphia 76ers, sources told ESPN on Thursday.

Rivers’ deal with the Sixers comes only three days after he parted with the LA Clippers. It also means he’ll return to the Atlantic Division, where he’ll be a principal rival of the Boston Celtics, with whom Rivers won an NBA title in 2008 as coach.

Sixers general manager Elton Brand on Monday reached out to Rivers and his agent, Lonnie Cooper, to gauge interest in the Sixers job. Rivers soon was on a flight to Philadelphia, where meetings on Wednesday with Brand, owners Josh Harris and David Blitzer had the sides moving quickly toward negotiating a multiyear deal.

Rivers takes over a Sixers team that lost in the first round of the Eastern Conference playoffs and continues to consider changes to a roster that Brand remains determined to construct around All-Stars Joel Embiid and Ben Simmons.

There’s also hope that a reunion with Rivers can be impactful to forward Tobias Harris maximizing his play with the Sixers. Before the Clippers traded Harris to the Sixers in February 2019, Harris was having his best NBA season under Rivers — averaging 20.9 points on 50% shooting from the field and 43% from the 3-point line.

Rivers was a late entry into a process that had become increasingly focused on former Houston Rockets coach Mike D’Antoni.

Rivers had been intrigued enough with the roster, marketplace and organization to fly from the West Coast to sit down with Philadelphia’s hierarchy.

He succeeds Brett Brown, who had the job for seven seasons but was fired after the 76ers were swept by Boston in the first round of the Eastern Conference playoffs. Philadelphia hasn’t won an NBA championship since 1983.

Embiid welcomed Rivers on Twitter, saying he was “excited for the future and what we’re building here.”

Sources told ESPN on Thursday that one serious possibility to join Rivers’ staff is Alvin Gentry, who in August was dismissed as head coach of the New Orleans Pelicans after five seasons.

Rivers, 58, had two years left on his Clippers contract, sources said, so he remains owed a significant sum of money, although typically there are offset agreements on the payout put into place should a coach be hired in a new job.

In Rivers’ seven seasons at the helm, the Clippers went 356-208, winning 63.1% of their regular-season games — the fifth-best record in the NBA and the best by any team without a conference finals appearance.

The Clippers went 49-23 during this regular season, the fourth-best record in franchise history, but they squandered a 3-1 series lead in the Western Conference semifinals against the Denver Nuggets, surrendering leads of 16, 19 and 12 points as the franchise’s Western Conference finals drought reached 50 years.

Rivers was the coach in five of the Clippers’ six best regular seasons, but he went 3-8 in potential playoff series-clinching games with the Clippers, tied for the worst mark by a single coach with one team.

Rivers, who also coached the Orlando Magic in addition to the Clippers and Celtics, has 943 career wins — 11th most by a head coach all time.

“I’m excited for Doc and for the Sixers,” Kerr said during a Thursday call with reporters. “He’s a great coach, and as I mentioned the other day, great for the league. So I’m happy that he’s quickly back in the NBA. He’s important for the league and for the rest of the coaches.”

Sixers assistant coach Kevin Young also interviewed for the Sixers’ head-coaching job and made a strong impression on the organization, sources said.

The Pelicans are planning to interview Lue in the near future, too, sources said. Lue and Pelicans executive vice president of basketball operations David Griffin have strong ties, most notably working together to win an NBA title in Cleveland in 2016.