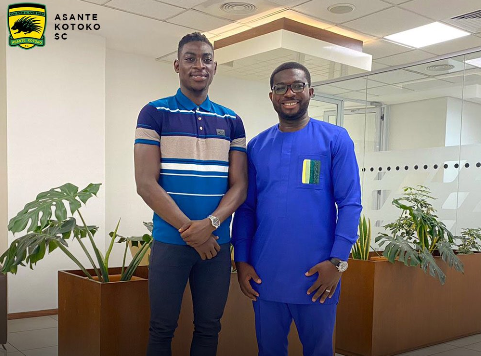 Kumasi Asante Kotoko have confirmed the signing of Goalkeeper, Razak Abalora on a three-year contract.

Abalora joins the Porcupine warriors on a free after terminating his contract with Tanzania based club Azam FC.

The 24-year old made his debut for the Black Stars in Monday’s 5-1 thrashing of Asian Champions Qatar in an International friendly match.

He will join Captain Felix Annan and Kwame Baah in competing for the number one spot at the Kumasi based club.

The club announced the signing on their official twitter handle on Tuesday.