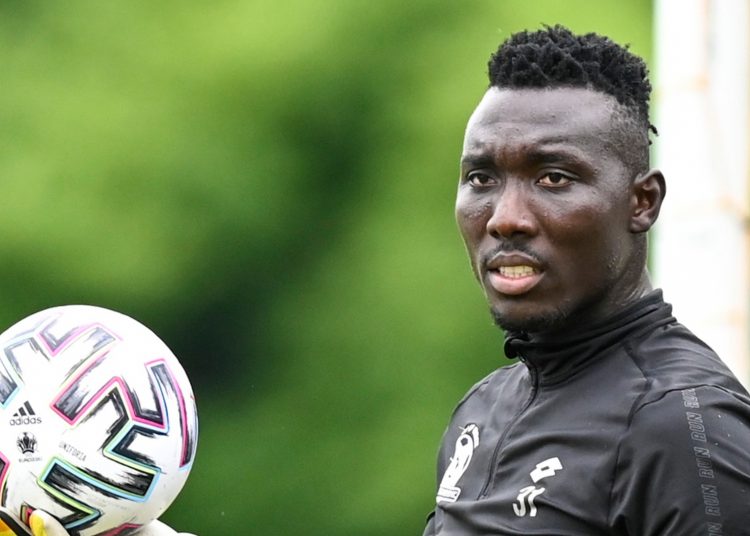 The Ghanaian number one is reportedly close to signing for the Buccaneers who have opened discussions with him.

Maritzburg United coach Eric Tinkler has confirmed Orlando Pirates are currently negotiating with goalkeeper Richard Ofori for the possibility of signing the Ghanaian.

The 26-year-0ld has been linked with a move to Pirates since last season as the Soweto giants seek to reinforce their goalkeeping department currently manned by Wayne Sandilands as the first choice.

Maritzburg chairman Farook Kadodia also confirmed Pirates have approached them over the Ghanaian as the club retains Tebogo Tlolane on loan from the Buccaneers.

“I can now confirm that we’ve allowed Orlando Pirates to begin talks with Richard Ofori,” Kadodia told the media.

“Once the deal is concluded they will make an announcement. Tlolane will return to us on loan and it’s a different deal from what Ofori is currently negotiating with Pirates. Richard still had one year left on his contract with us, so it’s not the same.”

If Ofori signs for Pirates, he will join the likes of Thulani Hlatshwayo, Terrence Dzvukamanja, Deon Hotto, Wayde Jooste and Collins Makgaka who have become Zinnbauer’s signings.

While signing new players, Pirates have loaned out Mthokozisi Dube and Gladwin Shitolo to Golden Arrows to create new space.