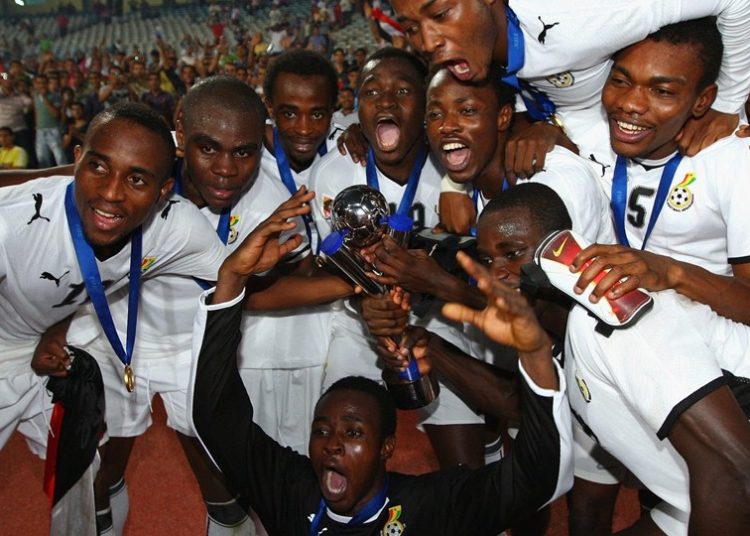 The Black Satellites’ run to the U-20 World Cup title in 2009 was far from straightforward.

A topsy-turvy tournament saw the team have to come from behind, cope with 10 men and survive a penalty-shootout.

There were lots of cameras to capture the scenes in each of the games and we’ve put a few of them together in this piece.

Ghana’s first group game against Uzbekistan was a tight one, that the Satellites edged in the end.

They went behind to Karimov’s early second-half strike but goals from Ransford Osei and Dominic Adiyiah in the last 30 minutes gave them a winning start.

An emphatic win for the Satellites in their second game with Adiyiah (2), Andre Ayew and Ransford Osei getting on the scoresheet.

Ghana went two up with goals from Rabiu Mohammed and Ransford Osei but following a red card for Rabiu, Uruguay grabbed a point with strikes from Lodeiro and Hernandez.

Goals from Andre Ayew and Dominic Adiyiah (In extra time) took Ghana through in a huge come-from-behind win. All this despite having Opoku Agyemang sent off

Two goals from Dominic Adiyiah and one from Ransford Osei gave Ghana a 3-1 lead but a late goal for Korea made it a nervy final few minutes.

Just like in the previous round, Dominic Adiyiah’s brace and Abeiku Quansah’s goal had given Ghana a 3-1 lead but with six minutes left Hungary grabbed a second. But yet again the Satellites held on.

Bale in contention to start against West Ham - Jose Mourinho