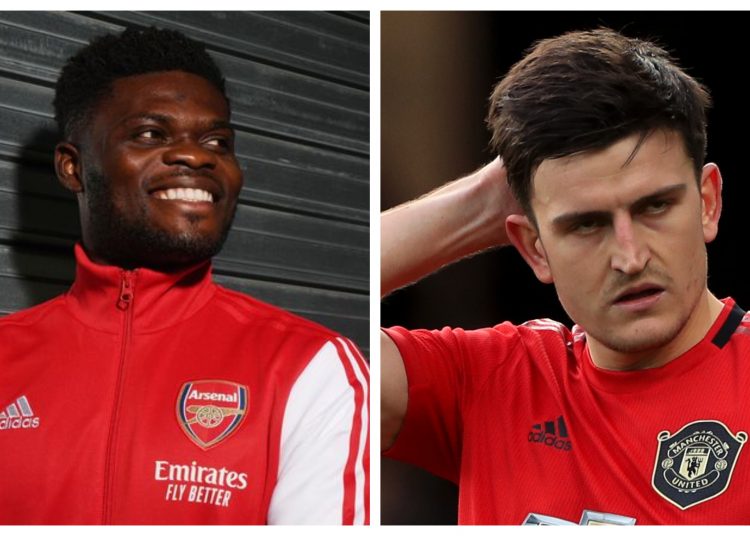 Harry Maguire may be the world’s most expensive defender but even the creators of the popular football game franchise, FIFA aren’t convinced by his ability.

In fact, even new Arsenal midfielder, Thomas Partey has a better defensive rating than him.

Partey has better defending in Fifa 21 than Harry maguire 😭

Harry Maguire is a defender. pic.twitter.com/hRofIsKENw

Maguire has a defensive rating of 81 while Partey is one point better at 82.

Not only does Ghana’s Thomas Partey have a better rating defensively, but he also has a better overall rating than the England international in FIFA 2021.

The new Arsenal midfielder has over the years shown how reliable he is as a good shield to the Atlético Madrid defence.

He is a major contributor to the massive number of clean sheets Atlético Madrid has accrued over the years.

As a matter of fact, Partey’s defending rate card in the game is better than anyone else in the entire Arsenal team.

Thomas Partey joined the Gunners on transfer deadline day as they triggered his £45 million release clause.

The 27-year-old will wear the number 18 shirt at the North London-based club and is tipped to be a massive success at the club.