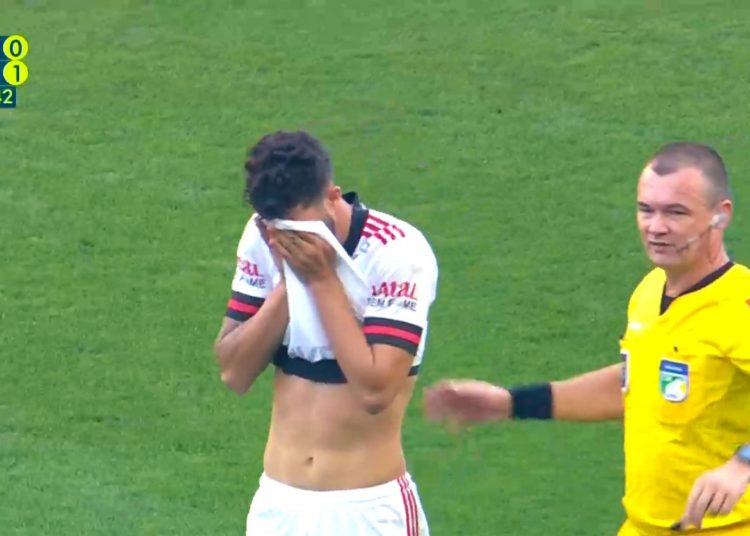 Flamengo beat Corinthians 5-1 in the Clásico del Pueblo, but it was Gustavo Henrique who made the headlines after sustaining a testicular injury during the game.

In the course of the game, Gustavo Henrique had an unfortunate clash with an opponent who ended up stepping on his genitals.

The Flamengo defender had to leave the field after he suffered a cut to one of his testicles with a bloodstain in front of his shorts.

The Flamengo defender, at first, left the field to change his kit because his shorts were stained with blood but was subsequently replaced by Gabriel Noga as the defending champions surged on to victory.

In an official statement, Flamengo said that “the athlete suffered a direct trauma to the testicle”.

The player after the incident underwent observation during and after the game to understand the depth of the injury.

On Wednesday, Flamengo will face Junior Barranquilla, from Colombia, for the last round of the Libertadores group stage.

It is not yet known whether the defender will be available for selection.