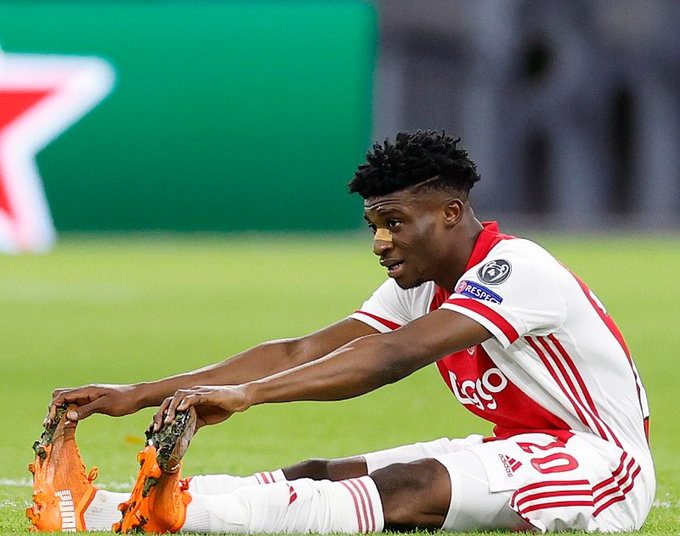 Dutch champions Ajax Amsterdam have confirmed Ghana midfielder Kudus Mohammed has suffered a meniscus tear in his knee and will be sidelined until at least next year.

The 20 year old’s Champions League debut ended after just 6 minutes against Liverpool on Wednesday night when he picked up a knee injury following a clash with Liverpool midfielder Fabinho.

“Research has shown that there is an injury to his meniscus in his right knee that requires surgery. It is expected that it will no longer be available for use before the winter break,” Ajax said in a statement on their website.

The news will come as a massive blow to both Ajax and the Ghana national team, with the latter involved in Africa Cup of Nations qualifiers next month and will now most certainly be without the youngster.

Kudus has come into his own in Amsterdam since making the switch in the summer.

In three Eredivisie games this season, the former Right to Dream Academy graduate has scored 1 goal, and created two assists, picking up 2 Man of the Match awards in the process.

“We are really sorry about Van Dijk’s injury” – Ancelotti