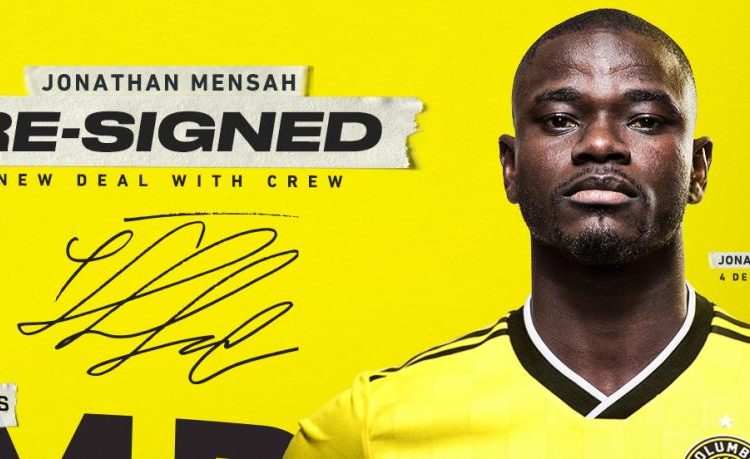 The 30-year-old is in his fourth season with Crew SC and was named captain of the Club ahead of the 2020 campaign.

Mensah has made 95 regular-season appearances (92 starts) for Crew SC and has been the recipient of two Crew SC Defender of the Year awards (2018, 2019) and one OhioHealth Humanitarian of the Year award (2017).

“We are thrilled to announce that Jonathan has signed a multi-year contract extension with the Club,” said Crew SC President and General Manager Tim Bezbatchenko.

“In addition to having a ‘Defender of the Year’ award-worthy season in 2020 and consistently being one of the top defenders in MLS, Jonathan is someone who leads by example and serves as a role model to the younger players,” he added.

Mensah was signed by Crew SC on January 3, 2017 and went on to make 26 regular-season appearances (25 starts) while scoring two goals and providing one assist for the Crew in his first season with the Club.