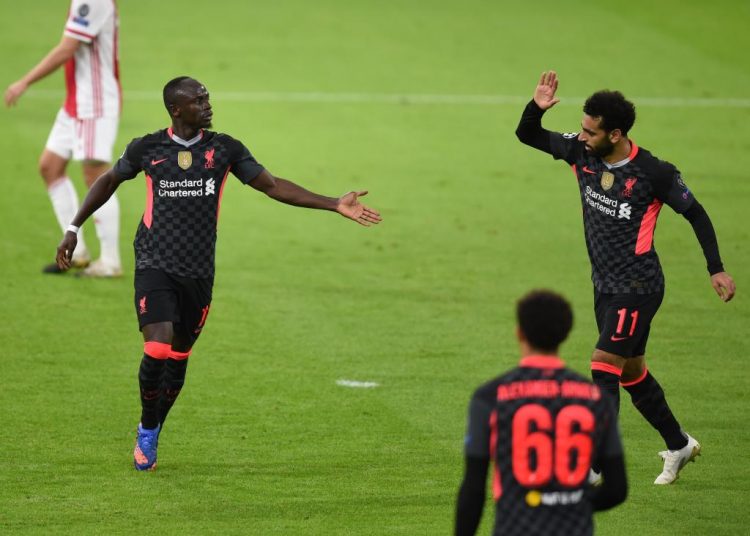 Premier League champions Liverpool were helped by an own goal from Nicolas Tagliafico to get off to a winning start in the Champions League against Ajax.

Jurgen Klopp’s injury-hit side, who were without talisman Virgil van Dijk, were tested by Ajax but did enough to leave Amsterdam with a clean sheet.

Tagliafico sliced Sadio Mane’s cross into his own net with 10 minutes of the first half remaining, moments after Liverpool keeper Adrian denied Quincy Promes from close range.

Liverpool’s Fabinho then acrobatically cleared Dusan Tadic’s lob off the line, before Davy Klaassen’s powerful effort bounced off the inside of the post in the second half.

The Reds, who also face Atalanta and Midtjylland in Group D, were returning to Europe as English champions for the first time since 1984-85.

All eyes were on Liverpool’s defence in the absence of Van Dijk and the injured Joel Matip.

Brazilian midfielder Fabinho, who started at centre-back in the victory over Chelsea last month, lined up alongside Joe Gomez in defence, while Adrian continued to deputise for number one keeper Alisson.

There were nerves early-on – Gomez and Adrian had a mix-up which resulted in the keeper clearing it against the England international inside their own area within three minutes.

And Ajax looked to exploit any weakness out of possession by dropping deep, encouraging Liverpool’s defence to have the ball and forcing them to use Adrian as a passback option.

They had some success in the first half, as Liverpool rode periods of pressure – Fabinho had to produce a smart tackle to block Tadic, while Tagliafico almost escaped from Gomez before Adrian pushed him wide in the box.

Liverpool boss Jurgen Klopp reacted frantically on the touchline, waving his arms and shouting at his players as he demanded more urgency and communication.

But as the game wore on, Liverpool looked more comfortable out of possession, with midfielder James Milner dropping deep to provide added support.

Adrian’s smart save from Promes and Fabinho’s goalline heroics ultimately proved crucial and Klopp will no doubt be delighted with a clean sheet and a win in their first group game of what has been a frustrating week for his squad.