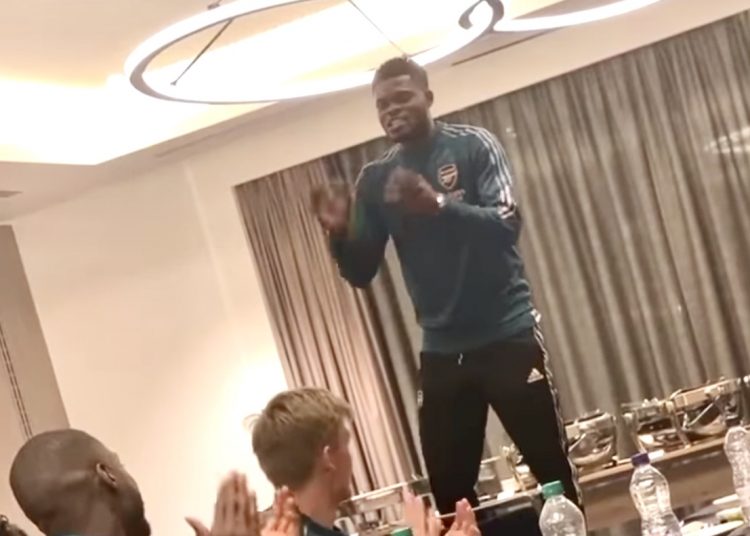 The Spirit of the Lord came down at Premier League side, Arsenal’s team dinner on Saturday, when Thomas Partey decided to lead a praise and worship session as part of his initiation.

New Arsenal signings, per team tradition, are required to sing a song of their choice in front of their teammates.

Ghana international, Partey, who joined from Atletico Madrid on deadline day for £45 million, chose to give praises to his maker in his initiation song.

Partey was named Man of the Match, in his first start for Arsenal, in Thursday night’s 2-1 Europa League win over Rapid Vienna.